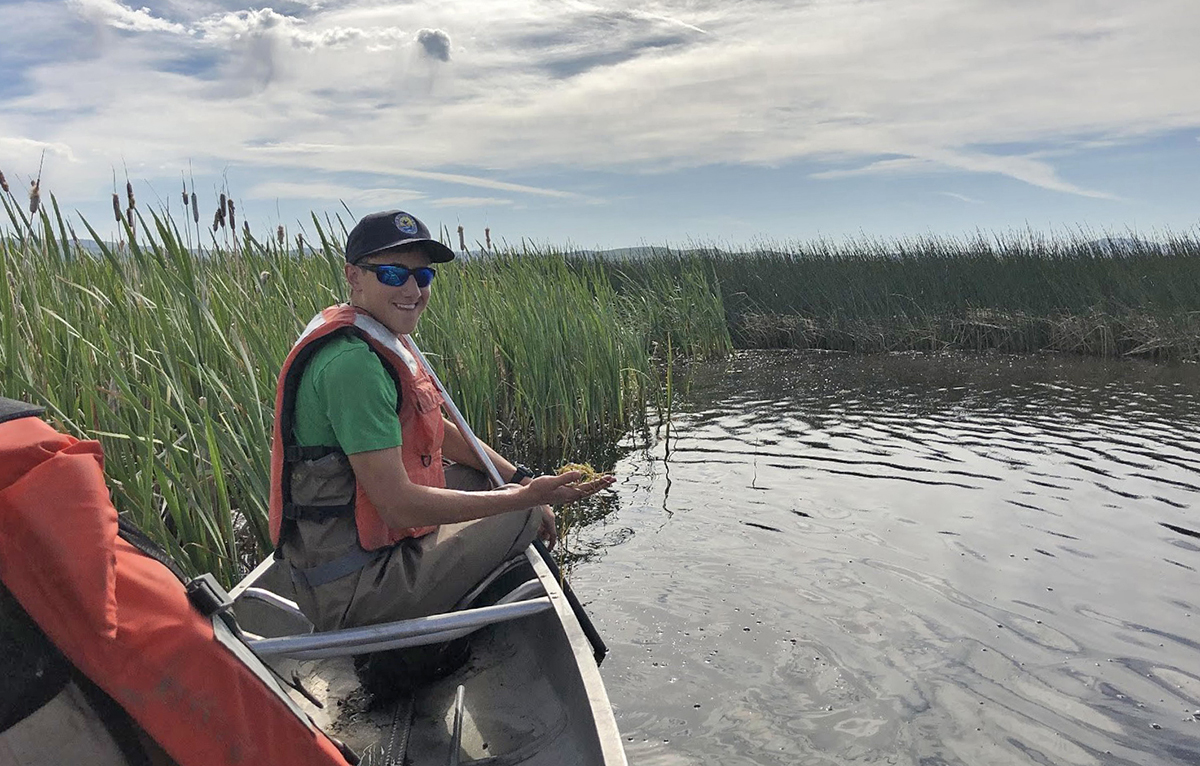 Editor’s note: Ryan Robles is heading in to his senior year at Burns High School. In the spring of 2019, Ryan’s biology class came to the Refuge for a Benson Pond BioBlitz Field trip lead by Portland Audubon’s Eastern Oregon Field Coordinator, Teresa Wicks, supported educational components from the Friends Director and Refuge Habitat Ecologist Ed Sparks. Ryan learned about summer internship opportunities conducting field work and would become the Refuge’s Vegetation Inventory & Monitoring Intern for the summer of 2019. Sparks became Ryans’s supervisor and mentor over the summer through this position which was funded through the Refuge Grazing program and managed by Friends of Malheur Refuge.

Out here at Malheur there is a great deal of work required for the refuge to accomplish its goals. Meaning a lot of help is needed to get things done. My name is Ryan Robles and this summer I was granted the opportunity of being the Vegetation Inventory and Monitoring Intern for the Malheur National Wildlife Refuge. I was able to work with some of the Refuge Biologists on various projects. Some of which included bat surveys, wet meadow surveys, and water quality sampling.

Overall this summer has been extremely educational. Since I want to pursue a career in wildlife management this internship has been pivotal to laying down a base of knowledge for my future. The projects I was able to work on were great learning experiences. The SAV, or submerged aquatic vegetation survey was one of those experiences. I was able to learn about a plethora of aquatic and emergent vegetation and how to identify them. Also, I was able to partake in a couple of Bird Impoundment Surveys. The surveys were located on Boca Lake where we counted which species of waterfowl were present, how many there were, and if there were broods, how old they were. We collected data at multiple points across the lake to make sure all birds were counted. There was also a bat survey that I took part in where we set up recording equipment at predetermined locations on the refuge. This equipment would then record bat calls at certain frequencies which could then later be used for identification of what species are out there and how many there are. Other work I took part in was out on the Malheur Lake which included water quality sampling and capturing live carp. Overall the experiences I’ve had over the summer were extremely beneficial and I know will help me immensely in the future.

Though it would be difficult to choose a favorite part of this past summer, if I had to choose one it would be the SAV survey. I have always had a strong interest in aquatic ecosystems and being able to learn about what is present in the wetlands around the refuge was awesome. Not only was I able to learn what plants there were, but how to tell what species they were too. The SAV survey was also my favorite because of what it taught me. I was able to learn about the methodology and the equipment used such as the YSI probe and secchi disk.

I was very lucky to have the opportunity of working out at the refuge this summer. Thanks to the wonderful staff, it was a very fulfilling experience that I will likely not forget as I go on into college and beyond. I look forward to working in this field in the future.