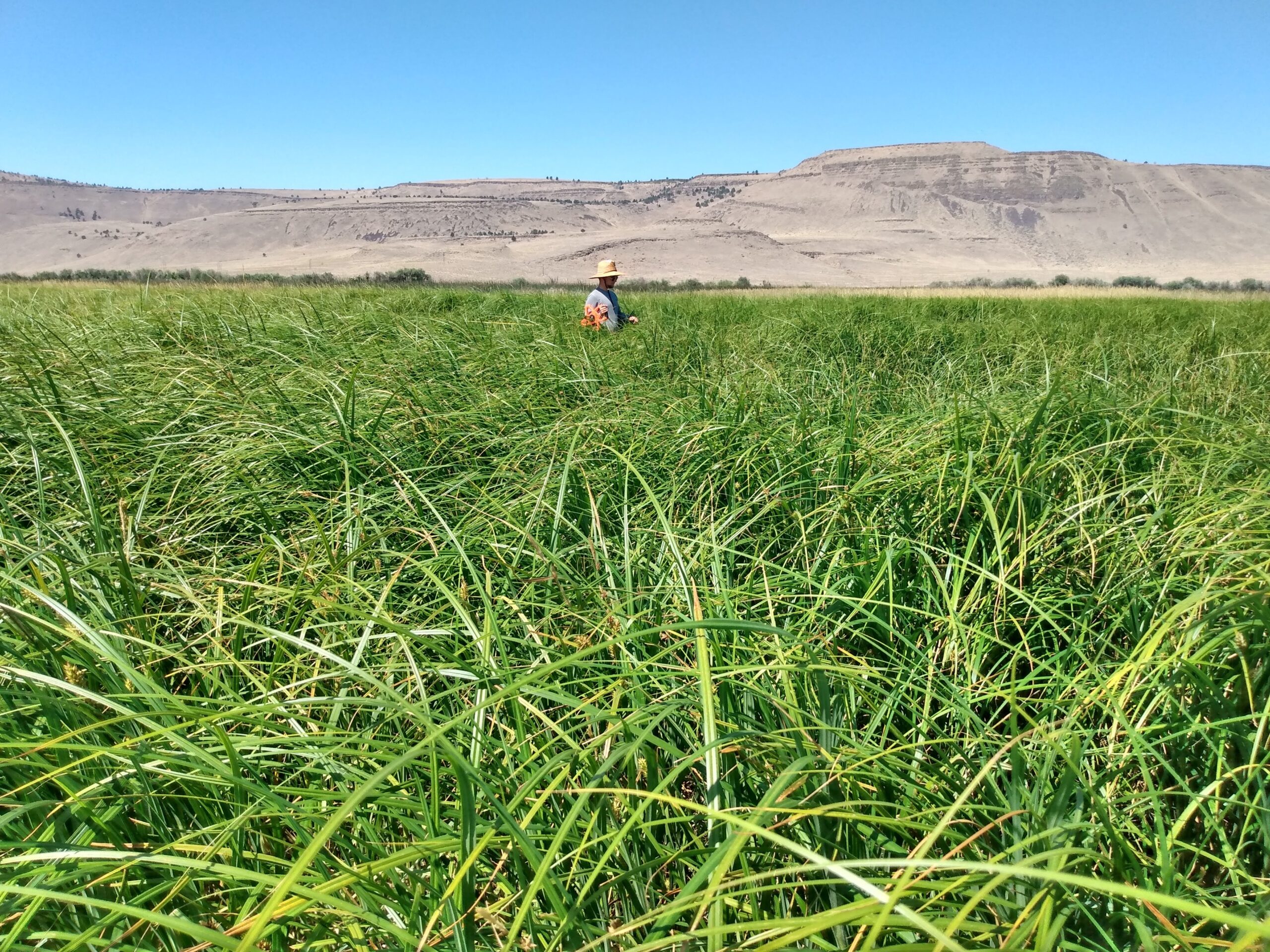 “Oh, the places you’ll go,”(Dr. Suess, 1990). This quote often crosses my mind when I look back on my journey through the field of natural resources and conservation. Just last year I was the Refuge’s Vegetation Inventory and Monitoring Intern, where I got the opportunity to get hands-on experience in a myriad of projects.

These projects ranged from studying aquatic vegetation, to bird impoundment surveys. Overall, the experience was one I will never forget and it solidified my interest in pursuing a science related career involving conservation. Once I went back to school in the fall, my search for the next step arose. Later in the year I heard about the monitoring projects the High Desert Partnership (HDP) was going to be working on in the coming summer, some of these projects taking place on the Refuge. Having piqued my interest I quickly applied and soon got an interview. Thanks to my past experience working in the field and the courses I was taking at Burns High School, I was hired along with four other local graduates. But as this year’s challenges arose early in the spring I wasn’t sure if there would be a chance to return to working in the field.

Thankfully, HDP was able to continue working despite the issues at hand and pretty soon the field season began. After a short introduction to the job, we began our first major project in the Pueblo Mountains.

This remote mountain range in southern Oregon holds some extremely valuable sagebrush steppe habitat. The project revolved around a newly created firebreak along one of the roads that goes through this pristine area. Since the area is prone to wildfire, the firebreak serves as a way to
ensure habitat remains for the wildlife living in the area. Our job was to monitor what the vegetative response to the firebreak was. We did this by gathering data such as plant composition, shrub density, and various other procedures at ten predetermined plots over the course of two weeks.

After finishing this set of work, we quickly shifted gears into our next project that would take place near Warm Springs Reservoir. This project was led by the Eastern Oregon Agricultural Research Station and we assisted them in the colossal task of collecting data. This project dealt with fuel composition and how susceptible each type of fuel class is to wildfire.

There were 16 different fuel classifications that were determined by a variety of factors revolving around the types of vegetation present such as grasses, forbs, shrubs, and in what quantity these were in. For every fuel class we needed to gather data on 10 predetermined plots. Each plot involved clipping, plant composition, and picture taking. However I was only able to work on this project for a couple of weeks because soon the crew split up to work on both this project as well as on the refuge.

While some of the crew remained working with the research station on fuel class and eventually joined the rest of us at the refuge. The remainder of the crew including myself became involved with working on the refuge vegetation monitoring project. The refuge has a vast array of wet meadows that serve as wonderful habitat for wildlife. In order to keep tabs on the health of these meadows, a series of exclosures have been put up to ensure some small pieces of the land remain untouched by any treatments that the area undergoes. Our monitoring protocol had us record data inside and outside of these exclosures so that we could compare the data and see if the treatments are doing their job.

The protocol involved having us complete tasks such as clipping, plant composition, and pictures. Each day brought on new challenges, one day we could walk from the road to the plot in the matter of a minute, while the next could have us traversing a quarter of a mile through bulrush and cattails that were ten feet tall.

Overall, returning to the refuge was a delightful experience, having a solid standing on the layout of the refuge in addition to having experience with the vegetation enabled me to have the opportunity to practice skills I had already learned, while also building on new ones. Skills such as plant identification, navigating to plots, and working independently will all come in handy in the future. While I had only briefly dealt with wet meadow vegetation last year, and focused more on aquatic vegetation, coming back and being able to apply what I already knew as well as learning about another aspect of natural resources, such as wet meadows and sagebrush steppe was a very fruitful experience. With this I know the work I have been able to take part in these past few years will help me achieve my goals of working in the field of science and conservation.

As I now go on into my freshman year at the University of Idaho to study wildlife biology, I know these experiences have influenced me heavily and will continue to benefit me for years to come.