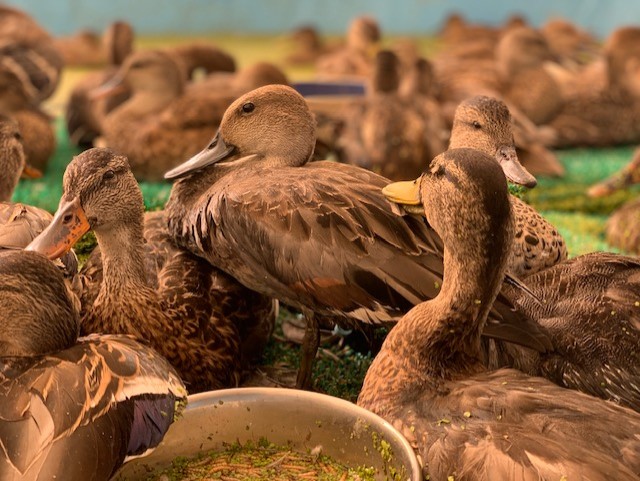 I had volunteered at the Duck Hospital last year for a couple of days so I was eager to help out again. At first I helped with the many loads of laundry that are needed each day. Fran McDermott had been doing the laundry 7 days a week for the past few weeks so I took on two days and later Polly Strahan picked up another day to give her some much needed relief. It is an easy job but smelly and time consuming. It is a lot like washing dirty diapers when my kids were small. Each time I delivered laundry the cupboard was almost bare and many times I was greeted with “Laundry, we are so glad you are here!” With 50-100 birds coming in each day, they go through a lot of towels and sheets.

After some paperwork on COVID19 protocol, I started helping at the hospital. The day I started they had treated 633 birds. I helped release two white-fronted ibis and one black-necked stilt in the morning. In the afternoon I released more birds, mostly mallards, teals and gadwall. Some fly out of the boxes as soon as they are opened and others walk out timidly but soon swim off. There is always at least one that decides they would rather stay in the box where they feel safe. With a little coaxing they eventually walk out and investigate their surroundings. I have helped to release many birds but one was especially memorable. A black-necked stilt that was so happy to be in the water, he took a bath for a good ten minutes enjoying the coolness and freedom. This is what it is all about!

The day usually starts with cleaning the smaller intake pens inside the hospital. These hold on average four birds. All the mats are cleaned, new keel lifts and neck rolls added and some include food dishes. Keel lifts are rolled washcloths that are put under the bird’s breast bone to keep them upright and relieve stress from their keel. The neck rolls are larger rolled towels used for Stage 3 patients that are not able to hold their heads up or sometimes even move. Avian Botulism paralyzes the birds. Stage 2 birds are able to move their legs and head a bit but are still very sick. One section is called Tiny Town for the smaller birds that come in and need a little extra care.

The second day the birds are moved to larger pens and pools.  There are shelters outside and inside for the ducks to recuperate in depending on what stage they are in. All are covered with tarps or sheets to keep them safe and from getting scared. Inside are water, food and ponds in the larger areas. They have duck weed, grains and meal worms to eat but don’t always take advantage of that as they are not feeling well and in a strange place. All of these get checked multiple times during the day and cleaned each time they are emptied.

There are always dishes to do, syringes and tubes and food dishes. The syringes are used to give antibiotics, nutrients and vitamins to the birds. The water we have to use comes from the Refuge and was a bit green but that is what the birds live in so with a little soap, we clean the items that had been used so far that day. There is also a large water tank that is used for water bowls and syringes.

Each afternoon the Refuge staff, along with Ducks Unlimited and the California Waterfowl Association, deliver more birds to the hospital. Each bird goes through an intake. They are covered with a tea towel so they won’t be scared as the interns determine the stage of illness, band their legs and record them in the database. They are then given fluids and nutrients before being put into the pens according to stages and species. The smaller and weaker birds are put into an ICU area or incubators depending on their condition. These are handled by January Bill and Marie Travers, Co-Directors of Bird Ally X which manages the facility and operations.

On August 26th the number of birds treated was up to 1,895 so by the time you are reading this it will easily be over 2,000. This has been a hard year with 90 degree temperatures since mid-June keeping the water temperatures warm even at night. It is estimated that over 30,000 birds will die this year which some staff say has not happened in 20 years. Hopefully the temperatures will start to cool soon, especially at night, to stop the botulism from spreading. Warm days and nights, little to no water deliveries to the Refuge and large numbers of waterfowl crowded into small spaces coupled with the fact that most waterfowl are molting and cannot fly during that time, this year has been the perfect storm for Avian Botulism. This is not a new disease, it has been happening for over 100 years since the Refuge was established and records have been kept.

Bird Ally X will be here until the last bird is treated and released. This is their third year treating birds. In 2018 they treated 454 and in 2019 it was 233 birds so 2020 has been a hard job. They are there seven days a week for 10 – 12 hours a day until all the birds have been checked in and are settled for the night. It is amazing to see how the staff, interns and volunteers all do their jobs with care and efficiency. Of the birds that are treated, over 80% are released. In the past they just picked up the dead birds from the lake and disposed of them, none were treated so we are lucky to have such dedicated people like January and Marie to take this on.

We thank you and most of all the birds thank you! 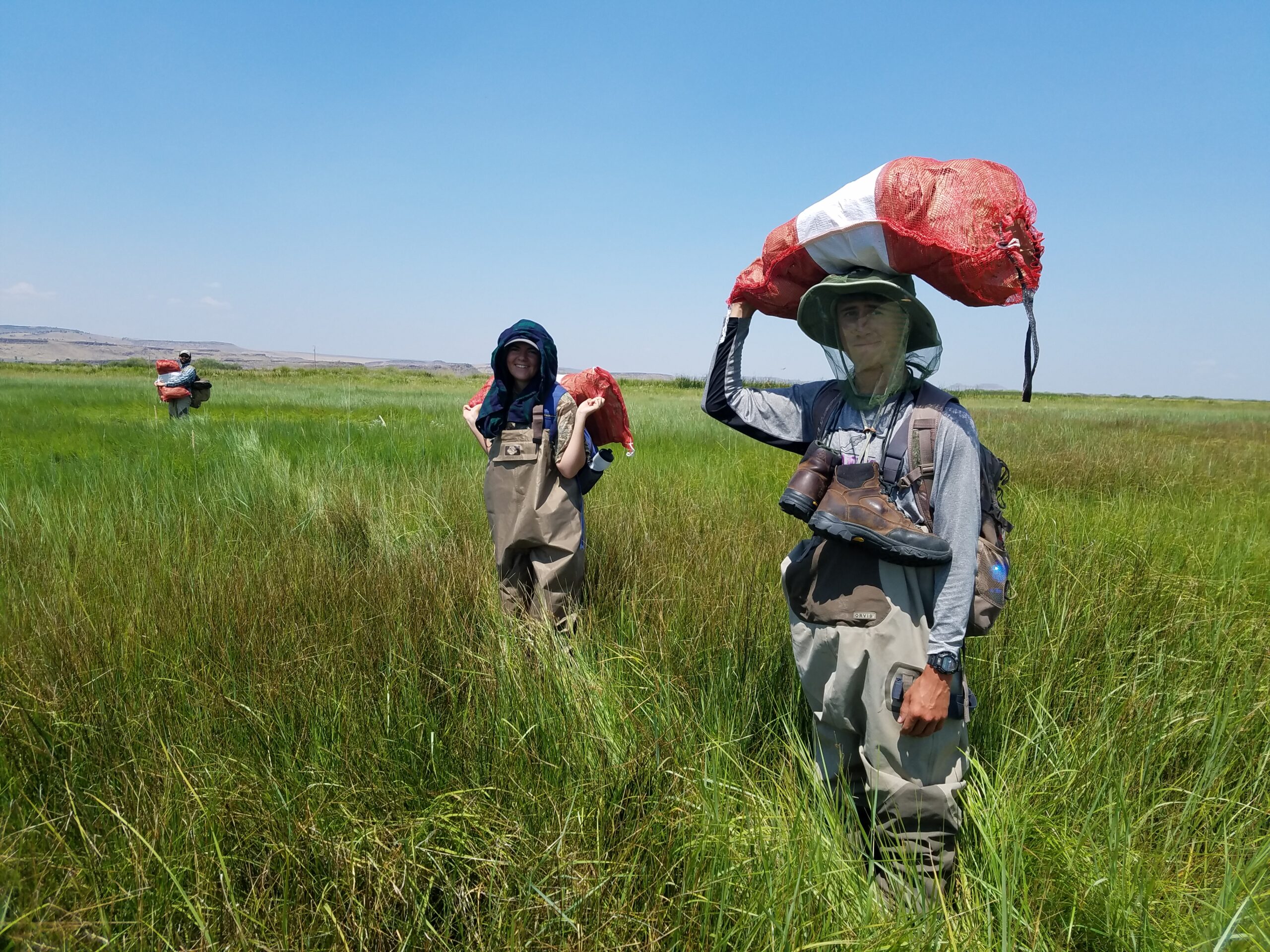 High Desert Partnership’s 2020 monitoring crew spent quality time on the Refuge this summer collecting vegetation trend monitoring data across many study sites. This work is a partnership between the Refuge, local ranchers, Oregon State University-Eastern Oregon Research Center, the Wetlands Conservancy, and others.

The crew of five recent Burns High-school graduates learned quickly that each day out could be an adventure. No one ever knew if the access to the day’s plot would be a casual stroll through knee-high sedges, or an expedition navigating through 10-ft tall cattails. Among other monitoring-related activities, the crew clipped meadow vegetation from hundreds of sample plots. These samples are are now being weighed and sorted to get estimates of the amount of vegetation that grew this year.

Stay tuned for a longer article about these efforts in the October issues of our Malheur Musings eNewsletter.