National Wildlife Refuges are special places. In addition to providing crucial habitat for thousands of native species, these lands contain rivers where veterans fly-fish to assist in the process of healing from PTSD; marshes where a parent takes his or her child hunting for the first time; forests that become a child’s first memory of an outdoor classroom; meadows where ranchers teach their children about the history of responsible land stewardship. These are places deserving of our admiration and support.

As all of you are aware, Malheur Refuge became the focus of national and international attention during an armed occupation in January 2016. Shocking as it was, incidents like that are far from the only threat facing our nation’s Refuges, and public lands in general. A White House administration that flouts environmental laws to raise border walls and enacts policies that ignore climate science undermines the U.S. Fish and Wildlife Service’s ability to fulfill its mission: “Working with others to conserve, protect, and enhance fish and wildlife and their habitats for the continuing benefit of the American people.”

It’s important to remember that National Wildlife Refuges, like all public lands, belong to all Americans. It’s apparent that few are aware of the incredible benefits Refuges provide to communities and local economies.

For every $1 Congress appropriates to run the Refuge System, nearly $5 is returned to local economies in jobs, sales, income and tax revenue. And that’s on average. In many areas, Refuges provide an even greater boost to the economy. Malheur Refuge is one such economic engine, returning over $7 for every $1 appropriated by Congress.  Ironically, in spite of their economic value, our Refuges are tragically underfunded and understaffed because of actions by our elected representatives.

In response to threats to Malheur Refuge and public lands in general, many donated to this Friends group and signed up as members. Hundreds of others offered to volunteer with us at the Refuge. That outpouring of support when we needed it most will never be lost on us. 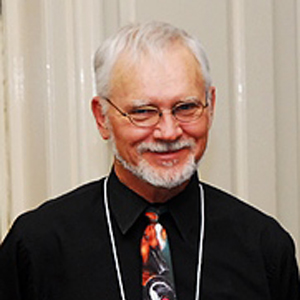 Thanks to all of you for your support of National Wildlife Refuges!

Join and or contribute to Friends of Malheur National Wildlife Refuge. Our members receive regular eNews updates about Refuge events, news, and volunteer opportunities.
Take your family, your children and grandchildren, your friends and neighbors and their children, to a Refuge so they can learn about and enjoy the great outdoors.  Work to get kids outdoors where they can connect with nature.  Foster a future generation of those that support nature and wild places.
Spend time volunteering at Refuges. Sign up for our e-newsletter to learn about scheduled volunteer work parties and other opportunities at Malheur Refuge. If you can’t come to Malheur, please offer to help at a local Refuge.
Join and or contribute to the National Wildlife Refuge Association, the national nonprofit focused on promoting and protecting the National Wildlife Refuge System: http://refugeassociation.org
Write your senators and congressmen and urge them to support increased funding and staffing for the National Wildlife Refuge System. Sign up with the National Wildlife Refuge Association for Action Alerts: http://refugeassociation.org/action. Ask your legislators at all levels to support keeping public lands public for all Americans to enjoy.
Join or contribute to your local Refuge Friends Groups, where they occur. The Refuge Association has links to Friends Affiliates at:  http://refugeassociation.org/friends-community/friends-groups/#affiliategroups; you can also contact your local Refuges to ask how you can help. Find your local Refuges here: http://www.fws.gov/refuges/refugeLocatormaps/index.html