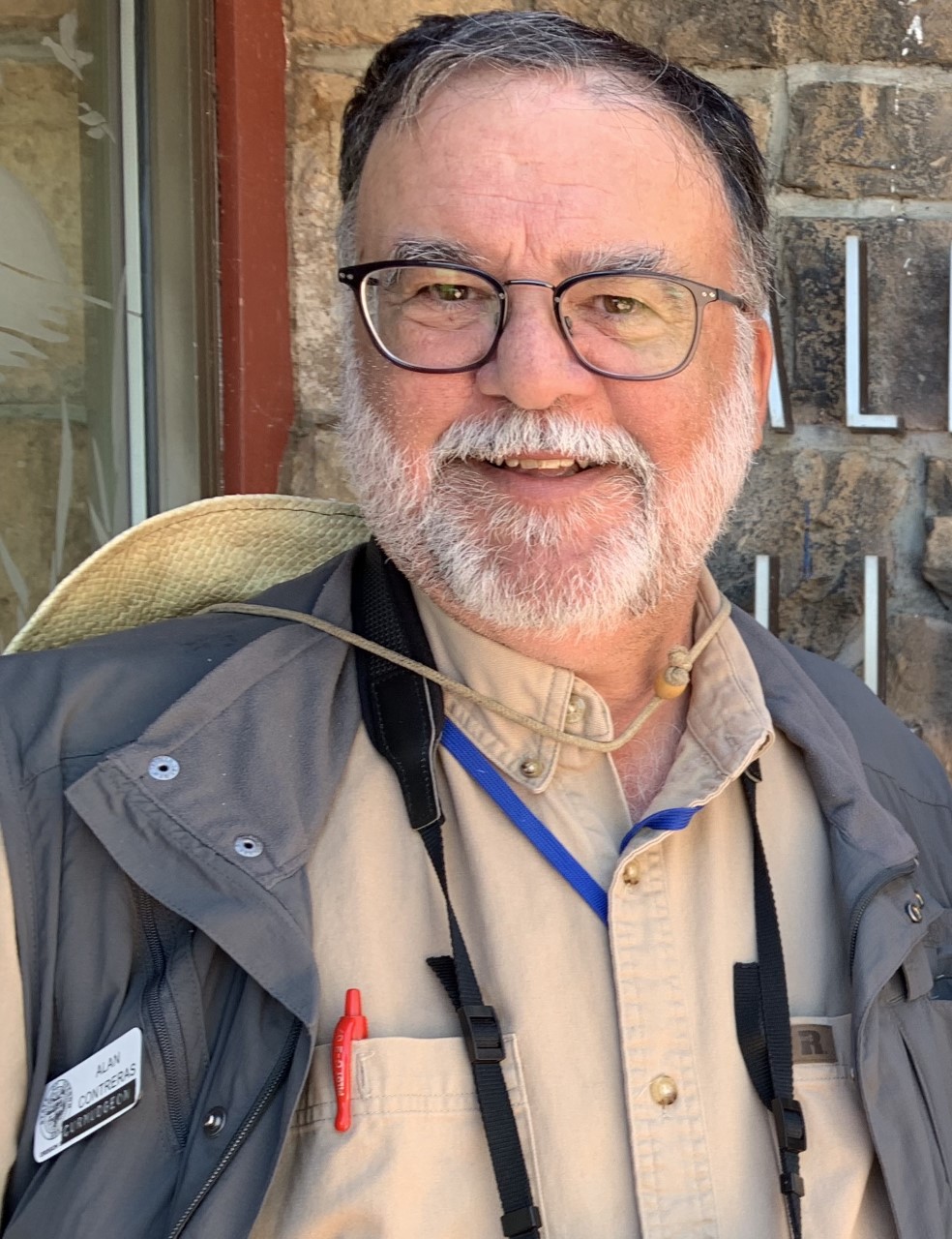 Board of Directors  /  Officers

Alan Contreras is a fourth-generation Oregonian born in Tillamook County. A birder from the age of 11, Alan first visited Harney County in 1969. He has made biannual trips to the Refuge for the past 50 years.

From 2011-2012 Alan served on FOMR’s board while also serving on the board of the Great Basin Society, which operates the Malheur Field Station. “I’ve been a part of the interest groups at Malheur Refuge for quite a while now,” he says.

Alan is semi-retired from a career in higher-education oversight, mostly for the state of Oregon. He is also a writer and editor, notably serving as the editor of “Edge of Awe”, a collection of writings on Malheur Refuge and Harney County from birders, naturalists and other high-desert devotees.

Alan is looking forward to bringing more of Oregon’s birding community into the FOMR fold. “The Refuge is going through a number of transitions now; membership is healthy but we can do better,” he says. “Neither Sheran (having joined the Board with Alan) or I are biologists; neither will we be doing any trail maintenance or tree planting because we’re older—but we do know lots of contacts in the Oregon birding community and we look forward to finding more ways to involve them.”