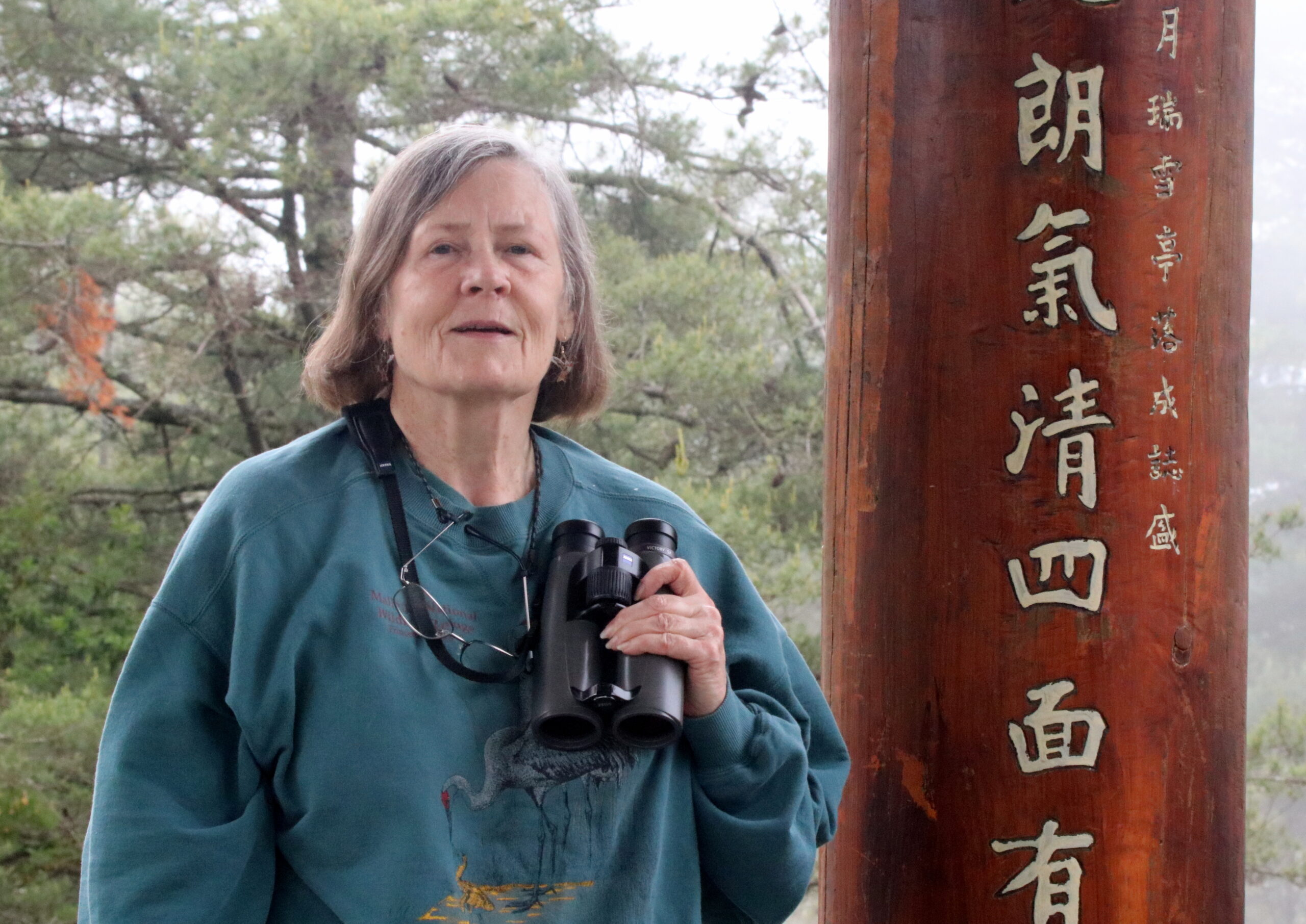 In 1981 Sheran Wright moved to Oregon from the eastern U.S. and took her first birding trip in August 1983 to Tillamook County, with the Portland Audubon Society. “We saw more than 200 species on that trip, and I was hooked,” she says.

Sheran first visited Malheur Refuge in the spring of 1984, staying at the Malheur Field Station. She’s been back almost every spring and fall, staying a week or more each time. A retired federal labor investigator, Sheran has served on the boards of the Great Basin Society and the Oregon Birding Association (OBA). For years she’s helped organize OBA trips to Malheur Refuge.

Sheran was urged to join FOMR’s board by Alan Contreras. “I thought about it: I’ve been visiting the Refuge for 36 years, I have an ongoing interest in several conservation issues here, such as tree cover and birder access…I was happy to be recommended to the board and look forward to getting more involved here,” she says.