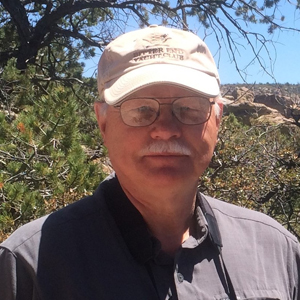 Board of Directors  /  Officers

Jerry first visited Malheur Refuge in 1971 as student on an Eastern Oregon University Biology Department field trip. While obtaining a biology degree at EOU, he was involved with the opening of Malheur Field Station and in the summers of 1974 and 1975 participated in the Malheur Refuge Youth Conservation Corp, first as a group leader and then in 1975 as the program director. He obtained a graduate Zoology degree at Oregon State University and spent two summers doing small mammal research on Steens Mountain, the watershed that feeds the southern end of Malheur National Wildlife Refuge. After completing his Zoology degree, he went on to spend 19 years as the Director of Operations at the High Desert Museum in Bend, Oregon. Jerry is retired and lives in Bend, Oregon with his wife Chris.  They enjoy birding and nature related travel with the Sky Islands of SE Arizona being a favorite.