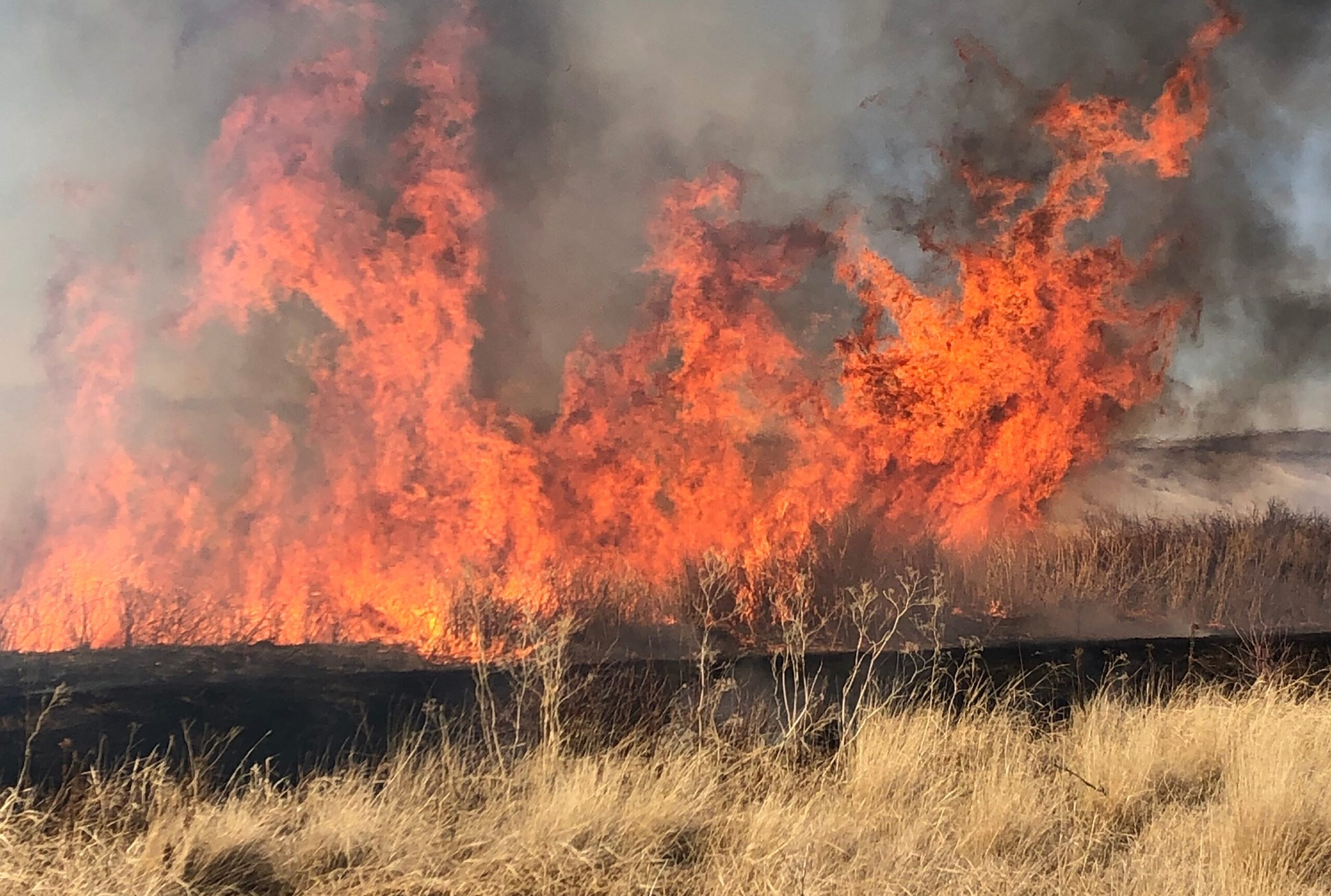 Double-crested cormorants (Phalcrocorax auritus), widespread across North America, are goose-sized waterbirds that feed predominantly on fish captured via surface diving. They are the most abundant of Oregon’s three cormorant species, found in both freshwater and saltwater habitats. Their common name refers to the twin white head plumes worn by adults during the breeding season.

Cormorants’ dark, prehistoric appearance and voracious appetites have long given them a malign connotation among humans, especially those that perceive the birds as a direct competitor for fish. The name itself comes from the Latin words “corvus” and “marīnus”, meaning “sea-raven”; for centuries the word “cormorant” was used to describe someone that was gluttonous or greedy.

In North America, prior to passage of the Migratory Bird Treaty Act in 1918, humans persecuted double-crested cormorants at will. The scourge of DDT in the 1950s took an additional toll, and by the 1970s populations of this bird had plummeted across much of the U.S.

Despite these setbacks, cormorants proved remarkably resilient and adaptable. Regulatory protection, coupled with the 1972 banning of DDT in the U.S., led to an incredible resurgence in double-crested cormorant populations: In the Great Lakes region alone, the breeding population went from around 200 pairs in the early 1970s to 115,000 by 2000.

Today, cormorants across the country are thriving, and their ever-growing need for fish is coming into direct conflict with the interests of commercial fisheries, aquaculturists, anglers and more. In some cases federally threatened and endangered fish species are also targeted by cormorants. Wildlife authorities at the state and federal level now find themselves in the ironic and unenviable position of needing to “control” cormorant populations to protect fish, including captive-reared fish destined for human consumption.

Thus the U.S. Fish and Wildlife Service, in cooperation with the U.S. Department of Agriculture’s Wildlife Services and state wildlife agencies, has developed policies aimed at addressing human-cormorant conflicts in the foreseeable future. These policies include authorizing an annual “take” of cormorants—by culling adults or oiling eggs—to reduce pressure on fish stocks without significantly affecting cormorant populations.

Youth and families are invited to come participate in the 120th Christmas Bird
Count (for Kids), a National Community Science project. Participants are
encouraged to form their own teams, or come prepared to join a team. Expert
birders will be available to teams. Lunch and hot cocoa provided. 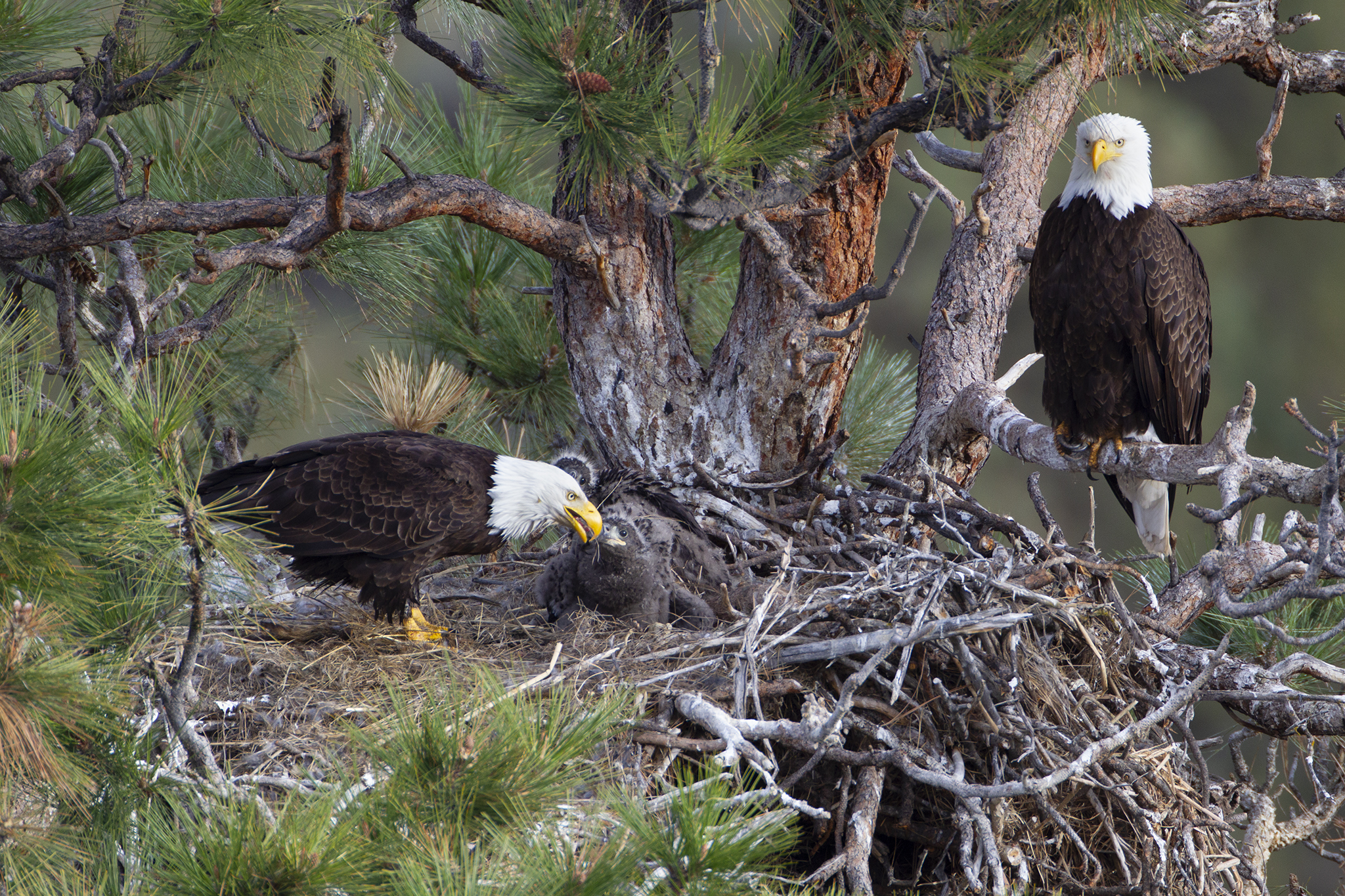 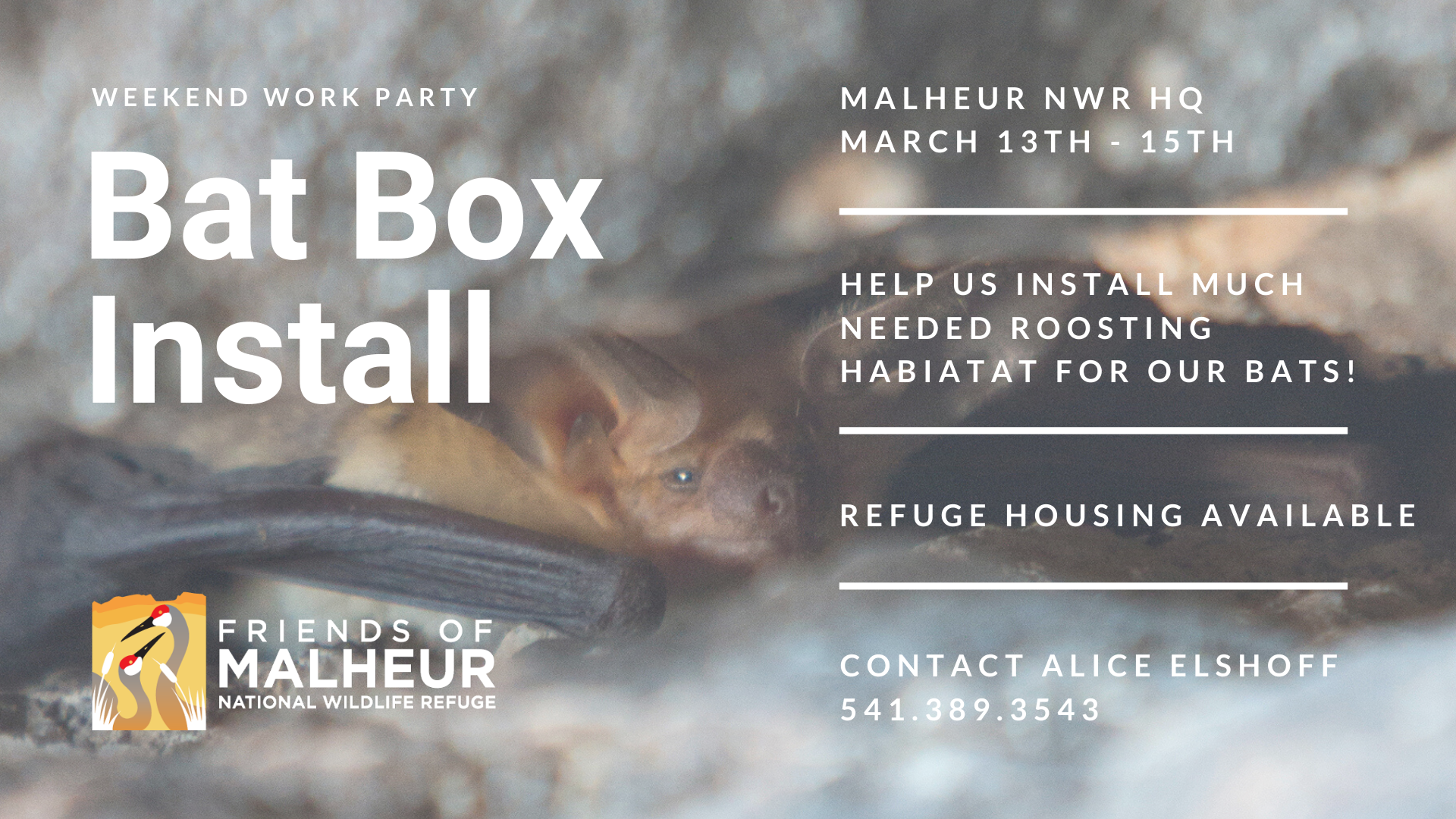 Volunteers will work together to install up to 10 bat boxes across the Refuge from Headquarters to P Ranch. Volunteers will need to be comfortable with hand tools and ladders. Housing is available at P Ranch. Campers/Trailers welcome.

To learn more about these boxes and the young man who built them read This Article.