The holiday season is upon us! We at Friends of Malheur Refuge hope that you are surrounded by all the comforts that you hold dear as winter stills the landscape and 2018 draws to a close.

Nestled in our corner of the vast expanse that we call home, it is a time for reflecting on the year behind us and looking ahead to benchmarks in the coming year. With the support of our membership through generous donations of time, talents and money, we are proud of our many accomplishments in 2018. From involvement in the Annual Harney County Migratory Bird Festival, the granting of a $1,000 scholarship, sponsorship of the Refuge’s Feather Studies art-in-education program, hosting our annual Carp Derby, opening the Crane’s Nest Nature Center and Store in its new location at Refuge Headquarters and more – there is so much to be proud of.

In 2019, the Friends of Malheur National Wildlife Refuge will turn 20 years old! For this very special birthday we are looking forward to working with you, our Friends volunteers, and the Worthy Brewing Garden Club to put in our new Pollinator Garden just outside the Nature Center! Much like the buds in our spring garden, we will look towards that which nourishes our organization and find new and beautiful ways to bloom.

As you may know, much has changed for us over the years, including the needs of our Refuge and the capacity in which we serve to support it. One important lesson we have learned through the good times and the tough moments is that we can do more together. For that reason, we are continually grateful for our Friends – you are our greatest gift.

#GivingTuesday is a global day of giving. On the Tuesday following Thanksgiving, you’ll have the chance to support this Friends group in its mission to conserve, enhance, and restore habitat for wildlife at Malheur Refuge, as well as provide wildlife-dependent educational and recreational opportunities for the public.

Please keep Friends of Malheur Refuge in mind for your end-of-year giving. Your contributions will help us celebrate 20 years of service to the Refuge and grow in new ways.

Thank you, and happy holidays! 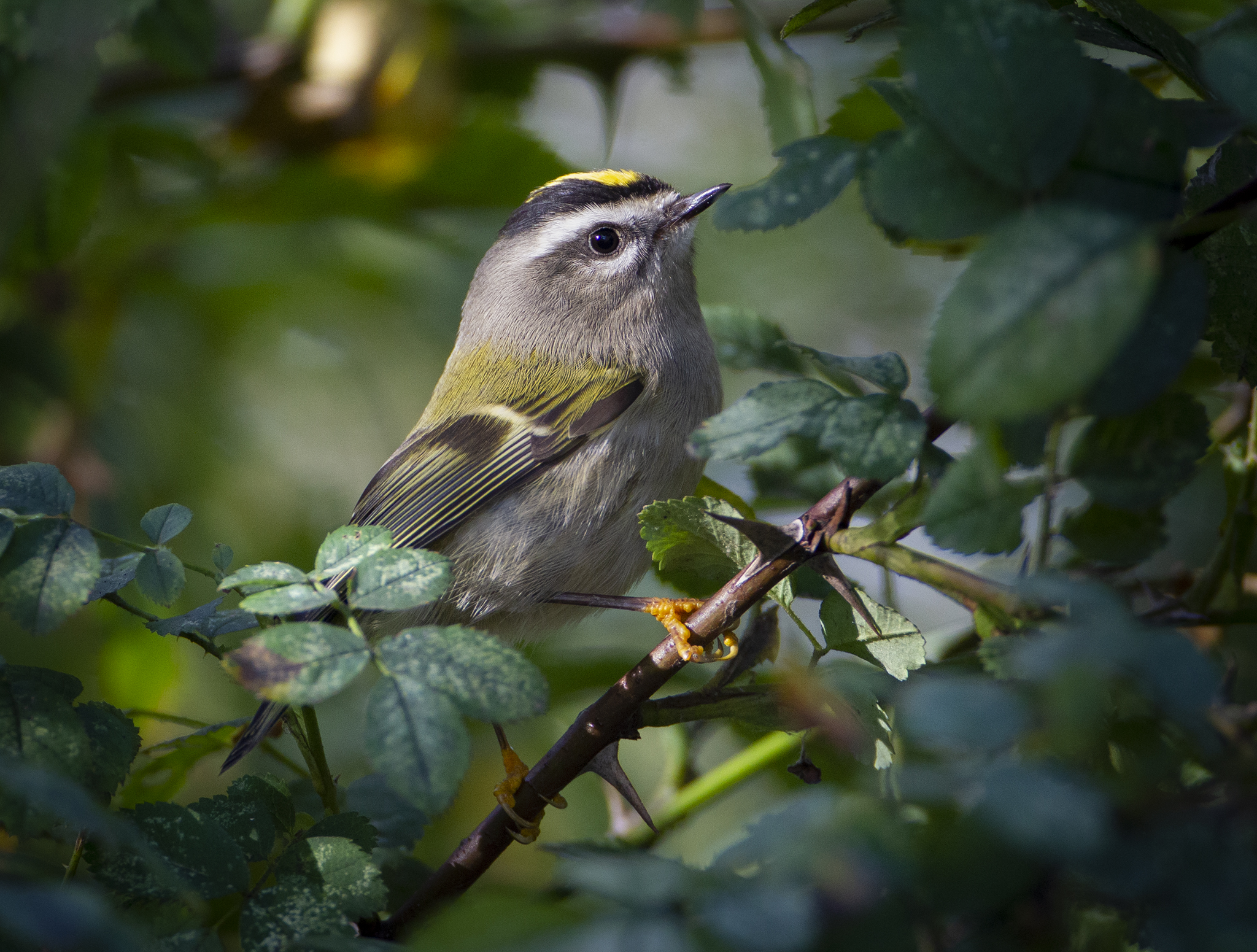 “I am gladdened to know that a population of these wraiths of the forest thrives. When I’m  in the warmth of my cabin and hear gusts of wind outside that moan through the woods and shake the cabin on wintry nights, I will continue to marvel at and wonder how the little featherpuffs are faring. They defy the odds and the laws of physics, and prove that the fabulous is possible.”

In 1847, a German biologist named Carl Bergmann noticed a pattern among warm-blooded animal species. He found that, in general, larger species tend to occur in colder environments, while smaller species appear in warmer ones. The examples are legion in the Northern Hemisphere: Kodiak bears in Alaska, gray wolves of the tundra, polar bears and moose and ravens throughout the sub-Arctic-all among the largest species in their respective clades. Gyrfalcons, great gray owls, and snowy owls are similarly outsize for their ilk, and are all found at northerly latitudes. Bergmann’s “rule”, as it came to be known, is based on a simple law of thermodynamics: smaller objects lose heat faster than larger ones, due to their higher surface area-to-volume ratios. Heat is absorbed and lost from exposed surfaces. Bodies retain heat, and bodies with more volume retain more heat. Thus, an animal with a lower surface area-to-volume ratio radiates less body heat per unit of mass, and hence stays warmer in cold climates.

Bergmann’s rule is more of an empirical generalization, a biogeographical principal that not invariably, but in most cases, holds true. It applies mainly to homeotherms, those animals that regulate body temperature internally. A 2003 Israeli study published in the Journal of Biogeography found that, out of a sample size of 94 bird species and 149 mammal species, about 72 percent of the birds and 65 percent of the mammals followed the rule. Of course, rare is the rule that’s lacking in exceptions, and Bergmann’s has more than a few. Of all these rule-flouters, though, nothing tops the wee golden-crowned kinglet in its arrant, crest­ waving flagrancy.

In the coniferous forests of North America there reigns a lively little king, a ruler that lives above and beyond Bergmann’s rule of biogeography. One of the smallest passerines, the golden-crowned kinglet is hummingbird-sized, olive­ gray in plumage and gregarious in nature. Small flocks pass through trees as quickly and subtly as the breeze, pausing briefly to “zeet-tzeet-tzeet! ” at one another before disappearing into the foliage. They are ardent insectivores, flitting from boughs and shrubs–sometimes hovering for an instant at a twig-tip, sometimes hanging upside-down from branches-gleaning moth larvae, spiders, and springtails, which they consume constantly. The kinglets in Oregon are mostly year­-round residents, braving the winter chill to forage for bugs where other birds had long since turned tail southward.

A kinglet weighs five to six grams, about as much as two pennies. In size and mass, it is comparable to two ping-pong balls glued together, with wings. The kinglet’s surface-to­ volume ratio is appreciably high–the bird is both minute and almost weightless, a bad combination for a cold-dwelling homeotherm. Also of significance is the fact that a kinglet’s brain accounts for 6.8 percent of its entire body weight (in humans it’s 1.9 percent); and if kinglet brains require anything like the energy human ones do (about 20 percent of total calories), then the brain drain is costly, indeed. How then does the kinglet hack the winter months, especially in parts of its range where nighttime temperatures plunge to -40 degrees Fahrenheit?

First, it eats ravenously, continuously, for as long as the day holds light. An animal so slight, losing so much heat to its  frigid surroundings, simply cannot afford to let its metabolism idle. Kinglets must consume two to three times their weight in insects per day to maintain internal temperatures of 110 degrees-below this threshold hypothermia threatens and death isn’t far off. They don’t take handouts, either: kinglets, unlike many overwintering passerines, usually won’t visit bird feeders, no matter the contents. They prefer live fare, spending every waking moment in pursuit of it.

Kinglets also come well-dressed for the weather. The birds, as it turns out, are mostly filler­ their insulative feathers make up much of their puny, poofy bulk, extending to almost an inch from the body when fluffed up against cold. Bernd Heinrich, author and professor of biology at the University of Vermont, found that a plucked kinglet–the bird even further reduced in size, and infinitely sadder-looking–loses heat at rate 250 times faster than a feathered one. Compared to a similarly defrocked human, the kinglet cools 60 times faster, being so small. Clearly, the kinglets wouldn’t survive a winter minute without their regalia. Heinrich, working in the bitterly cold northeastern U.S., also found that the internal temperature of the birds would at times differ from the outside temperature by as much as 170 degrees Fahrenheit-an incredible contrast, and a testament to the feathery powers of down.

Despite their canny adaptations, kinglet populations often experience high mortality in colder months, simply for the fact that winter is a harsh season in which to make a living. There are cold snaps, food shortages, nights of freezing rain. Heinrich writes that the kinglet “has no magic key for survival in the cold winter world of snow and ice. Those that live there are lucky and do every little thing right. The odds of surviving the winter are slim…”  What the kinglets lose in winter, however, they more than make up for in spring: come April, kinglet pairs build teacup-sized nests and produce five to eleven eggs, more than double the number in a typical songbird clutch. The female hatches them, leaves daycare duties to the male, and then goes off to foster a new brood of equal size (sometimes with a different male).

Kinglets in winter are a marvelous sight, their movements frenetic, flighty, and all too fleeting. They are industrious while others lie torpid, fluttering about in their desperate search for calories and warmth. Staving off starvation, living from beakful to beakful, kinglets don’t play by Bergmann’s rule, and in fact their existence almost makes a mockery of it. In the deeply senescing woods, where much of life is put on ice, these little sovereigns are wide awake.