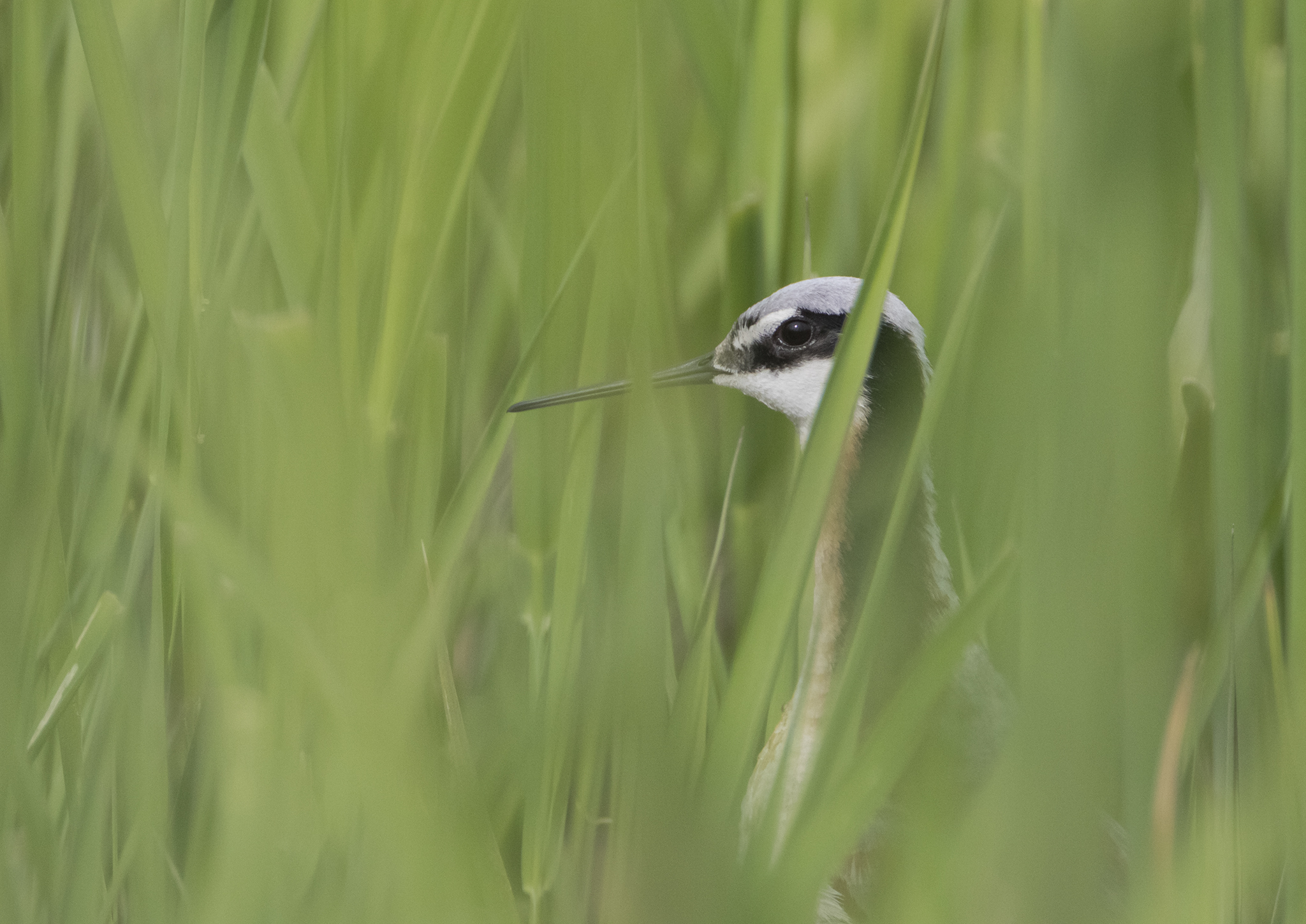 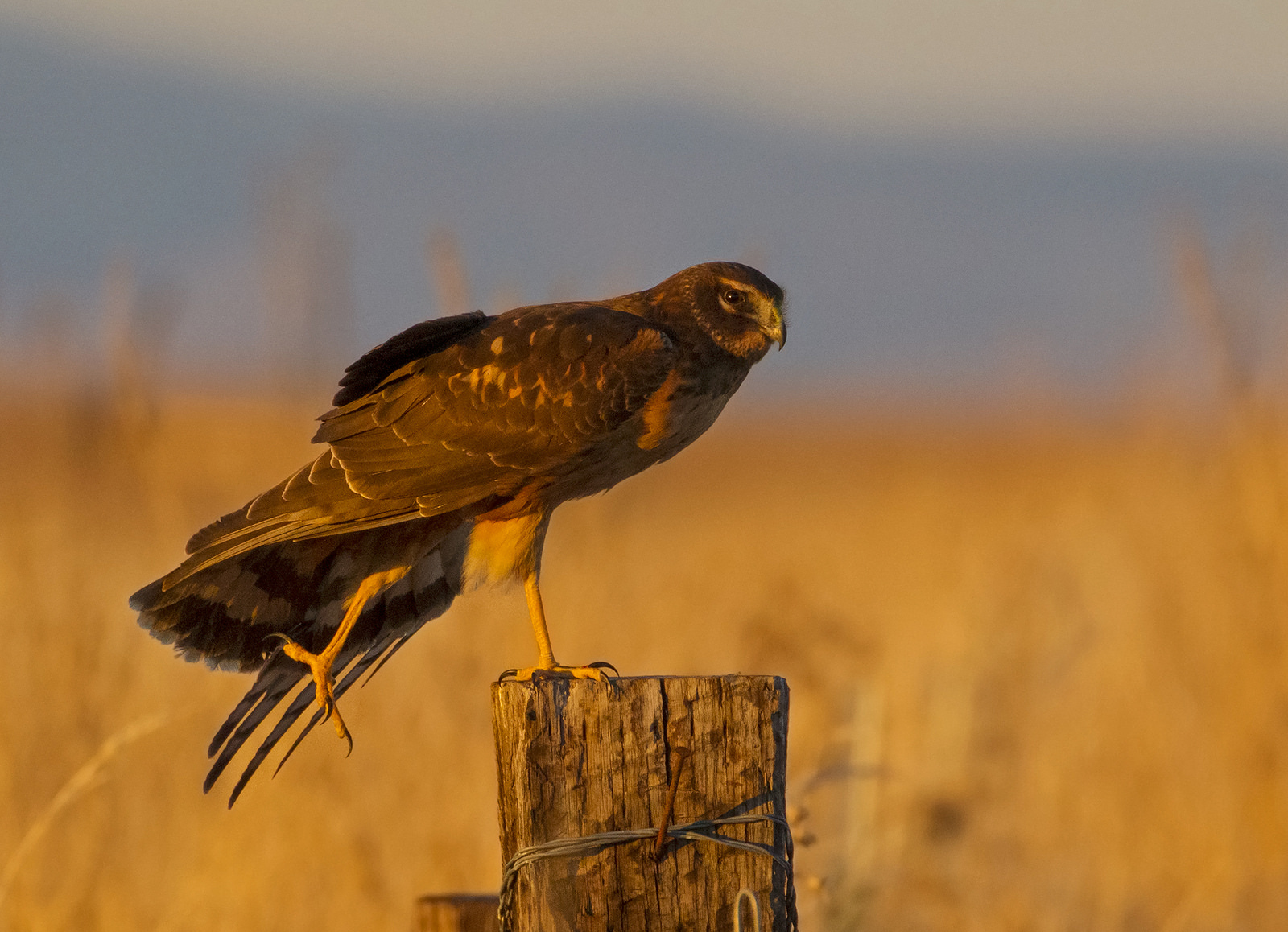 The marshes, prairies, agricultural fields and other grassy clearings at Malheur Refuge are home to a low-flying raptor with eyes and ears to the ground, hugging the contours of the land, scanning for sight and sound of prey. No other hawk hunts quite like the harrier, gliding so close to the earth on dihedral wings, coursing the terrain with downturned beak like a hound on the scent.

White-rumped, lanky of wing and tail, Northern harriers are common and widespread throughout North America and Eurasia. They are our sole representative of the genus Circus; some 15 other harrier species occur around the world. While the word “circus” might evoke an air of pageantry about these hawks, the genus name refers not to the Ringling Bros. connotation but the original Greek root: kirkos, meaning ring or circle—in this case, circling flight. In courtship males and females soar up in looping pursuit, sometimes exchanging prey items midair to establish pair-bonds. (Then again, this exchange does remind one of a trapeze act. The etymology comes full circle.)

Northern harriers are unique among North American hawks in their reliance on both sight and sound while hunting. This two-pronged approach shapes the harrier’s visage: its large eyes are framed within an owlish facial disk, which is thought to better direct sound toward the ears. As the harrier weaves low across its grassland habitat, face pointed groundward like an audiovisual receiving dish, any rustlings of mice, birds, or other secretive prey betray not just movement but faint auditory clues to the hunter. Harriers feed on small mammals, birds, reptiles and frogs, all captured and consumed on the ground.

Few raptors exhibit sexual dimorphism to the degree of the Northern harrier. Males are smaller and a ghostly silver overall, with black wingtips; females are mostly dark brown, up to 50 percent larger, with black belly streaks and barred wings and tail. Frequently polygynous, males will take up to five female partners each season and provide almost all food for their mates and offspring. Harriers nest on the ground across the northern half of our continent, with each female bearing a single clutch of three to four dull white eggs.

Across the entire Refuge, look for these so-called “marsh hawks” strafing open areas in any season, their owlish faces scanning the ground below for signs of prey. 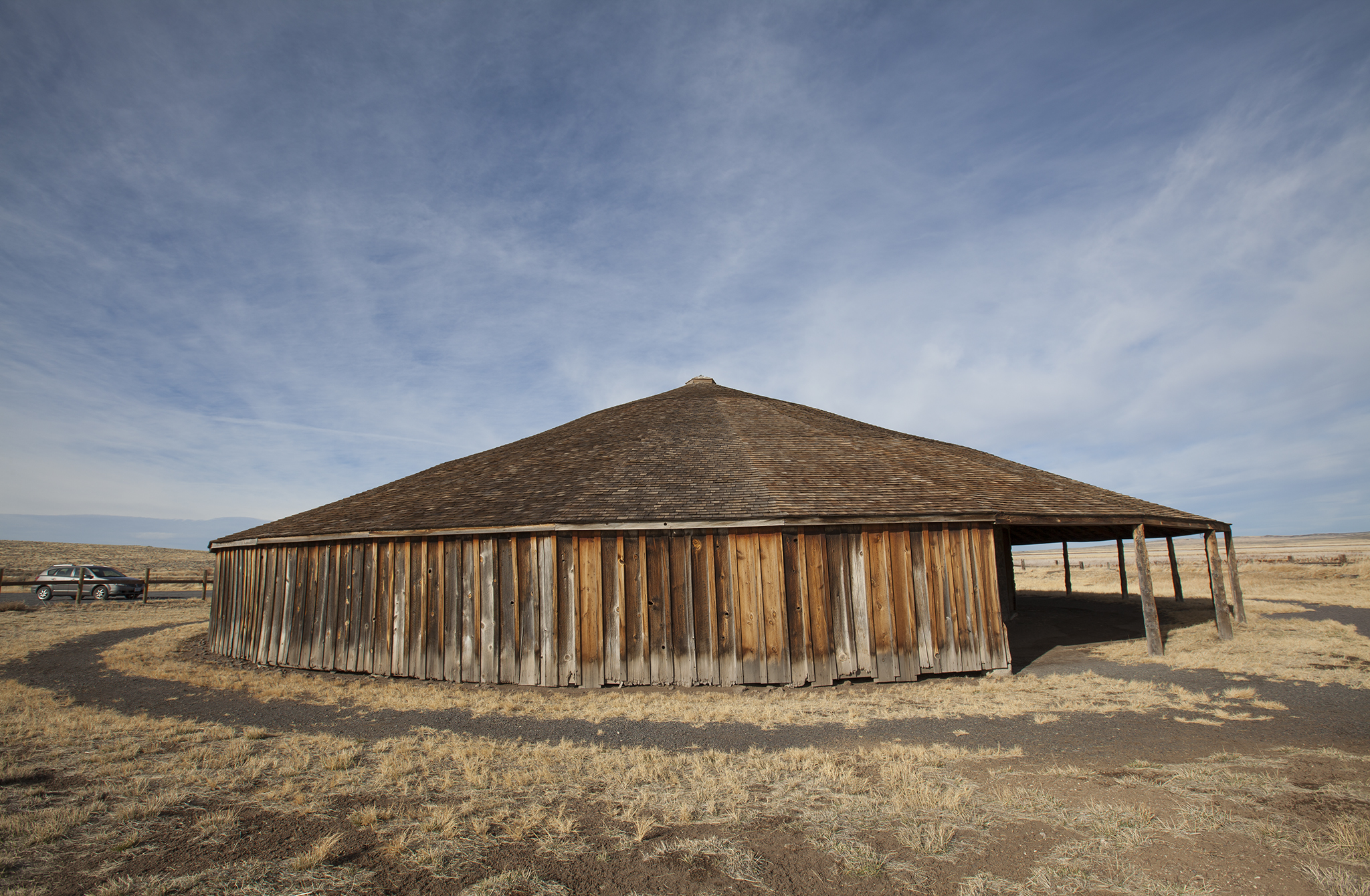