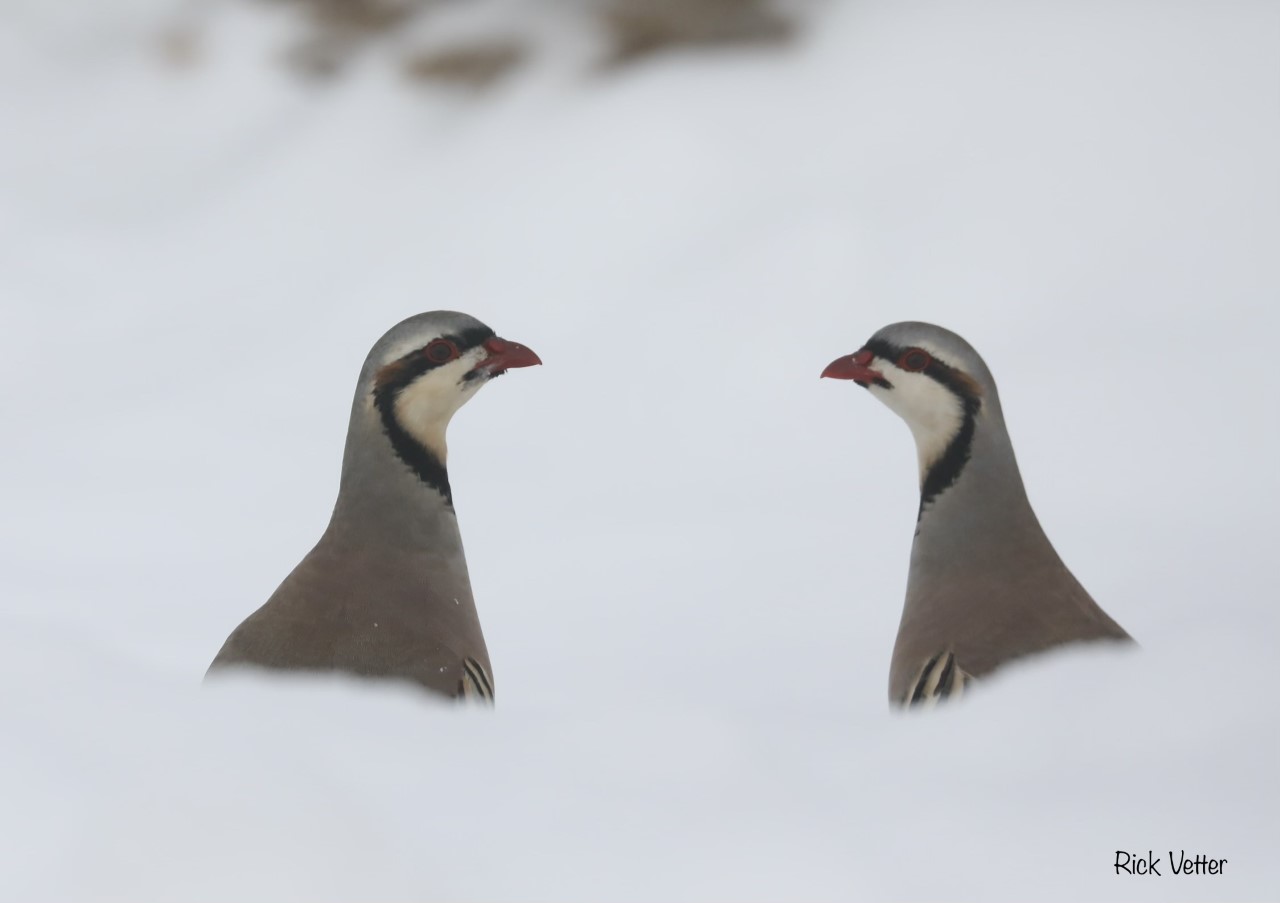 Seven field birders braved the frigid temperatures and snow-covered ground along with 2 feeder watchers at their home on the southern part of Malheur National Wildlife Refuge near Frenchglen to count birds for the annual Refuge Christmas Bird Count on Wednesday December 14.

The challenging winter conditions were precipitated by extreme cold temperatures and substantial snow during the past 30 days across Harney County. One of the earliest coldest starts to a Harney County winter in many years.

As a result, most of the open water was frozen at Krumbo Reservoir, Benson pond, Boca lake and a significant portion of the Blitzen River and other small streams. Only some of the warm springs had plentiful open water.

Surprisingly, the group came up with an above average number of birds for a very wintery count, due to persistent birding and sharp eyes.

Temperatures ranged from 0° to 23° at the official weather station above Frenchglen. However, they were -18 degrees at the extreme NW end of the count circle above the rim on Hwy 205. Fortunately, winds were below 5 mph for most of the count.

Snow depth ranged from 1 in to 30 inches due to drifting snow with an average of 6 inches of snow.

An American dipper (53 occurrences since 1939) was spotted at its favorite spot, Page Springs dam waterfall, several times during the day along with an American pipit near the bridge. A second pipit was spotted at the north end of the count circle by Alexa Martinez and Teresa Wicks. A total of  10 Virginia rails were located at several open springs.

A Pacific wren (24 occurrences since 1939) appeared in the Long Barn at P-Ranch searching for frozen spiders and a second one was spotted late in the day at Page Springs campground along with 3 Wilson’s Snipe.

Two red-shouldered hawks were found, one on East canal and one near Benson Pond. (4 occurrences since 1939 and now 3 years in a row).

Rick Vetter and Howard Richburg found a pair of Bewick’s wrens on East Canal (6 occurrences  since 1939) but no American tree sparrows on this count.

Two yellow-rumped warblers (5) were observed in these frigid temperatures. (Equals since 1939)

A rare winter fleeting glimpse of a Sora at 5 mile warm spring provided only the 4th observation since 1939.

Joan Suther and Lauren Alfrey observed the only canyon wren along the river bank up the Blitzen River.

No mountain chickadees were observed this year, a stark contrast to 1970 when 49 were observed. Usually, we see at least one.

And once again, no black-capped chickadees were observed, compared to 1939 when a record 22 were observed.  It would be rare to see one on the count now.

Mountain bluebirds were impossible to find on this count, due to the frigid temperatures.

We ended up with 71 species for the day which is a 7 year high count and 4 more than last year, but 26 more than the Burns CBC, 60 miles to the foggy, frozen north.

Mammals observed were numerous deer (including some nice bucks that survived the new deer hunt on the refuge), 1 raccoon, several muskrats, 1 river otter, 1 badger (that did not survive rush hour traffic) and one house mouse, in the house, a good place to be considering there was a mountain lion outside, based on the fresh cat tracks following the mouse tracks, leading from the historic long barn.

And a record number of coyotes taking advantage of a Christmas bovine carcass buffet delight. 6 and 8 at a time could be heard howling (with full bellies) Christmas songs at night!

Joan Suther removing a badger from the road to prevent a hungry golden eagle from being hit by a car and checking for traffic to make sure she does not go down the same road.

The day after the count and outside the count circle, Joan Suther and I ventured above Frenchglen into the snowy, fogged-in Catlow valley and observed a western grebe and red-shouldered hawk at Roaring Springs Headquarters ponds during a raptor count. Several big horned sheep were on Hwy 205 heading west escaping the deep snow. It was bizarre to watch them jump a barbed wire fence. 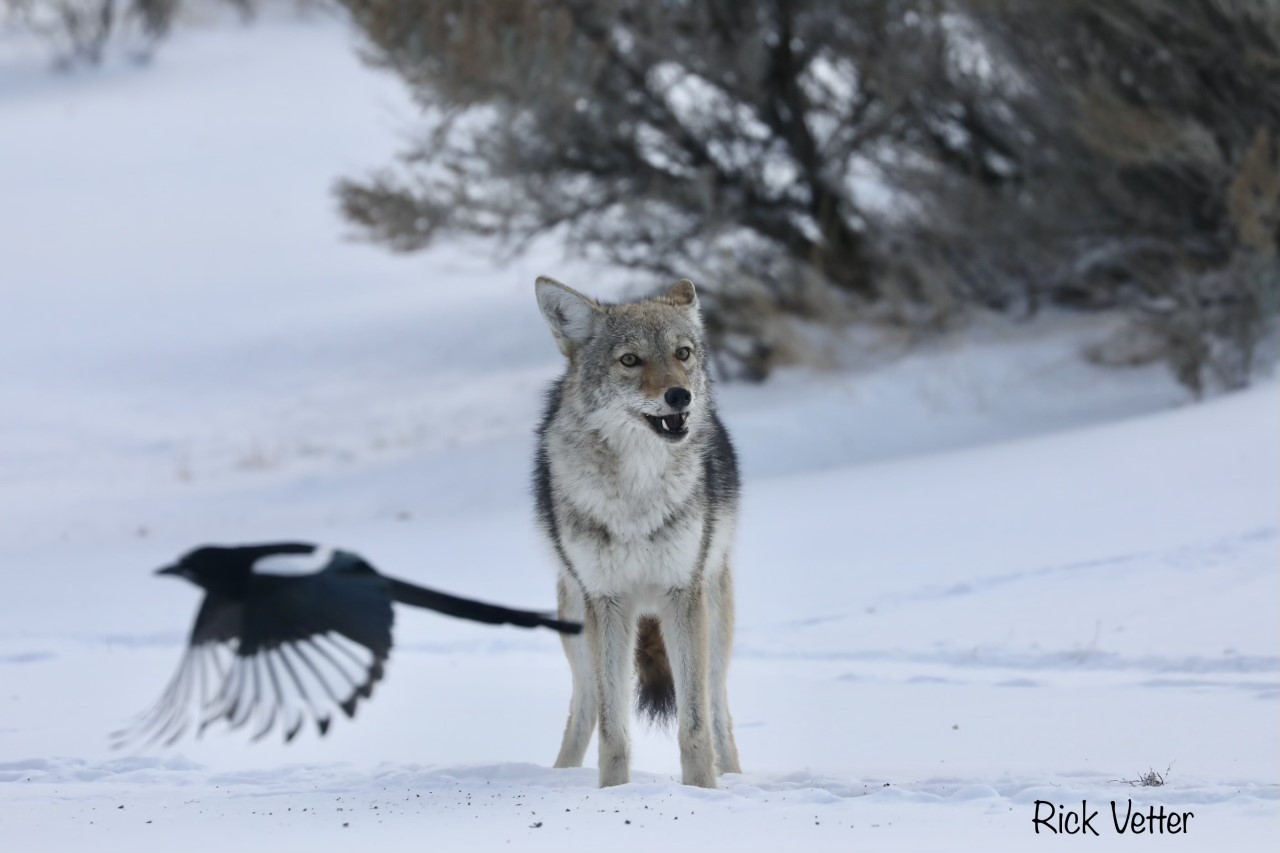 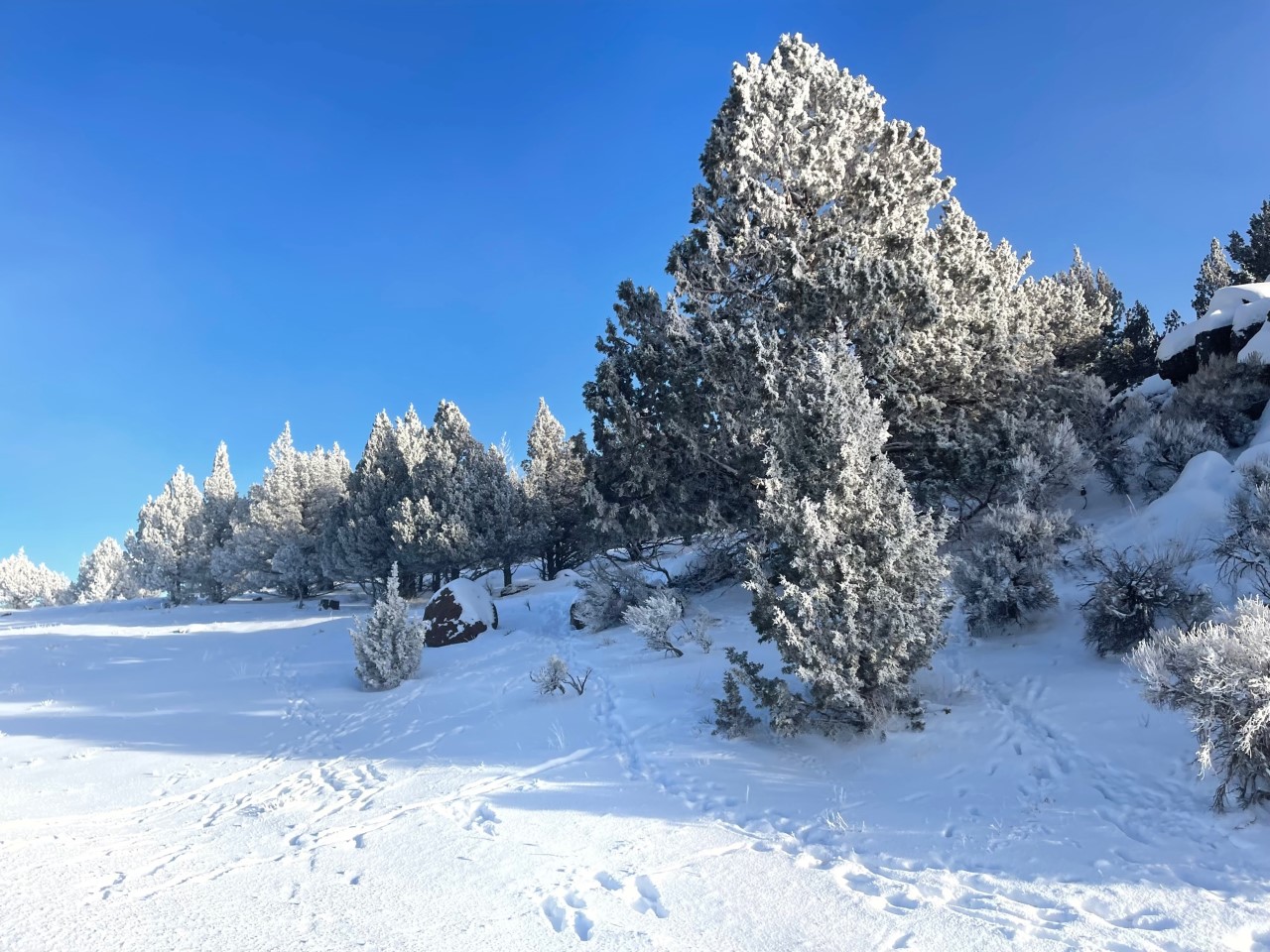 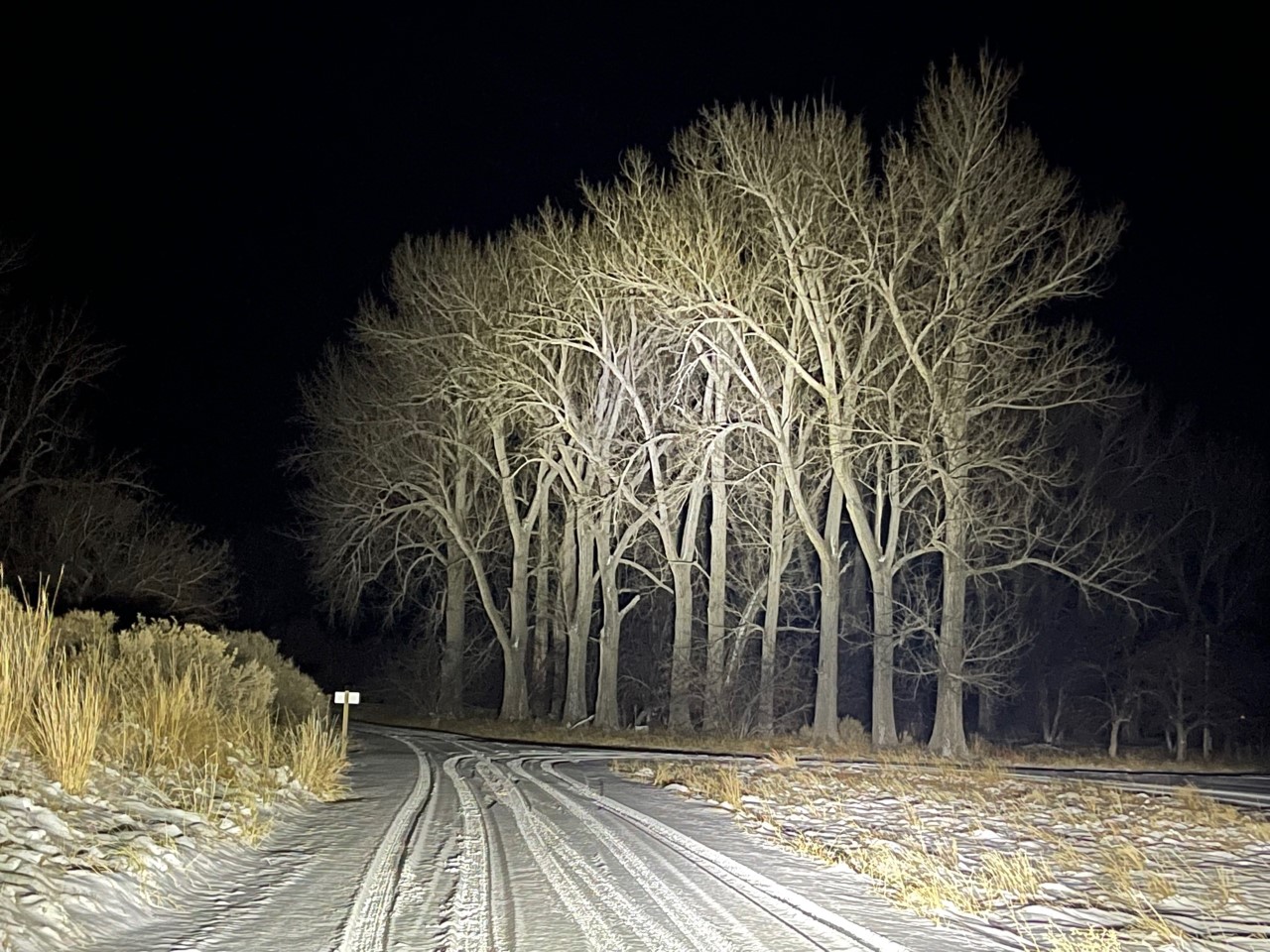 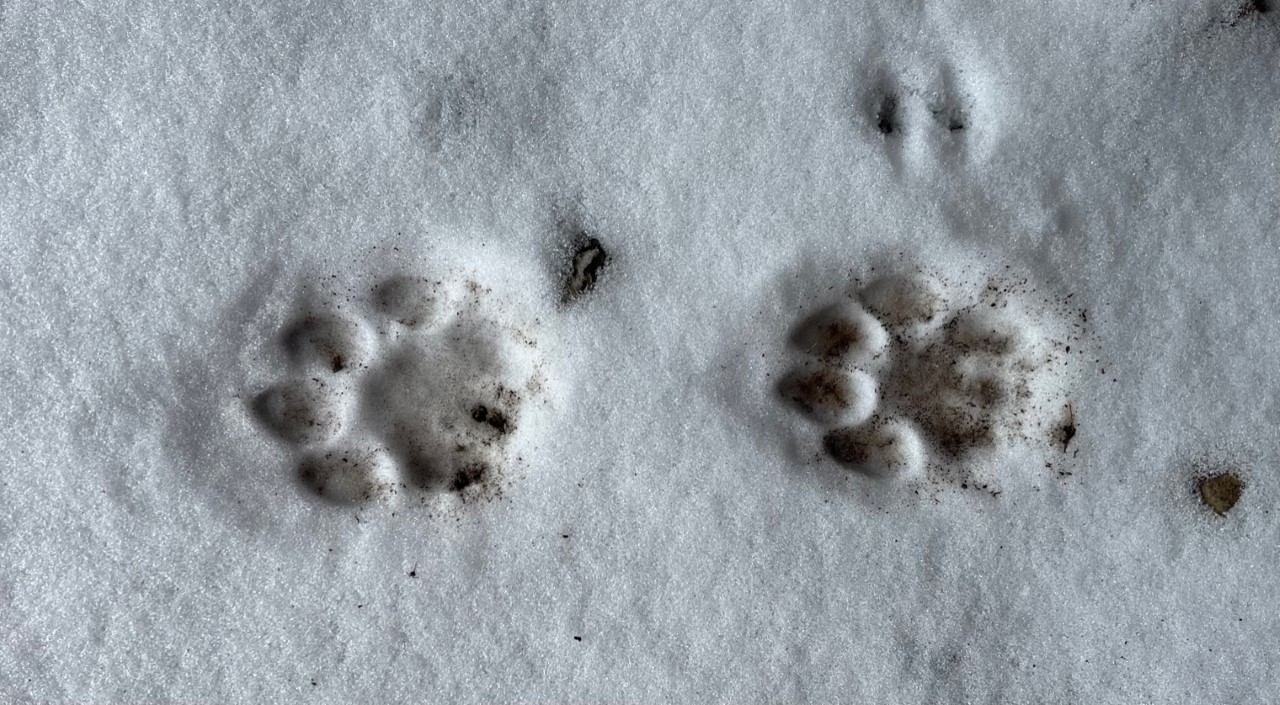 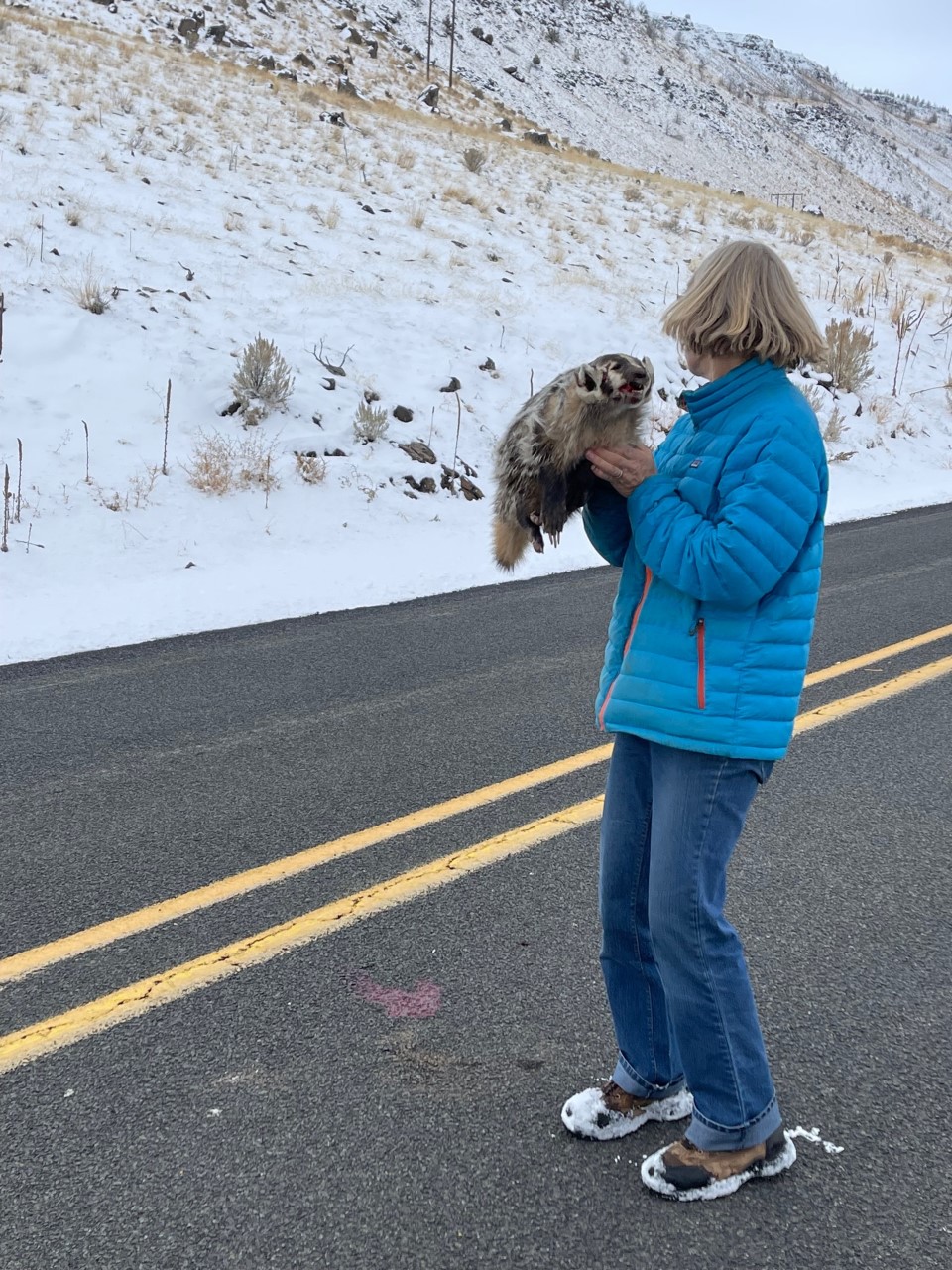 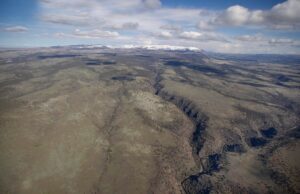 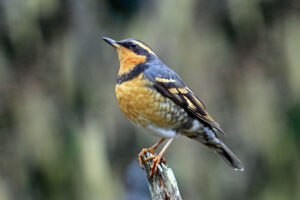 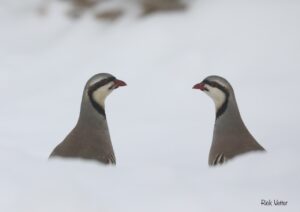 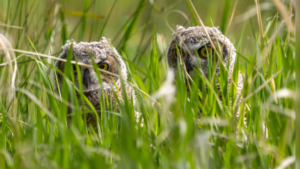 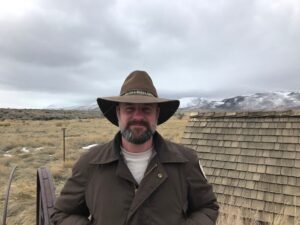 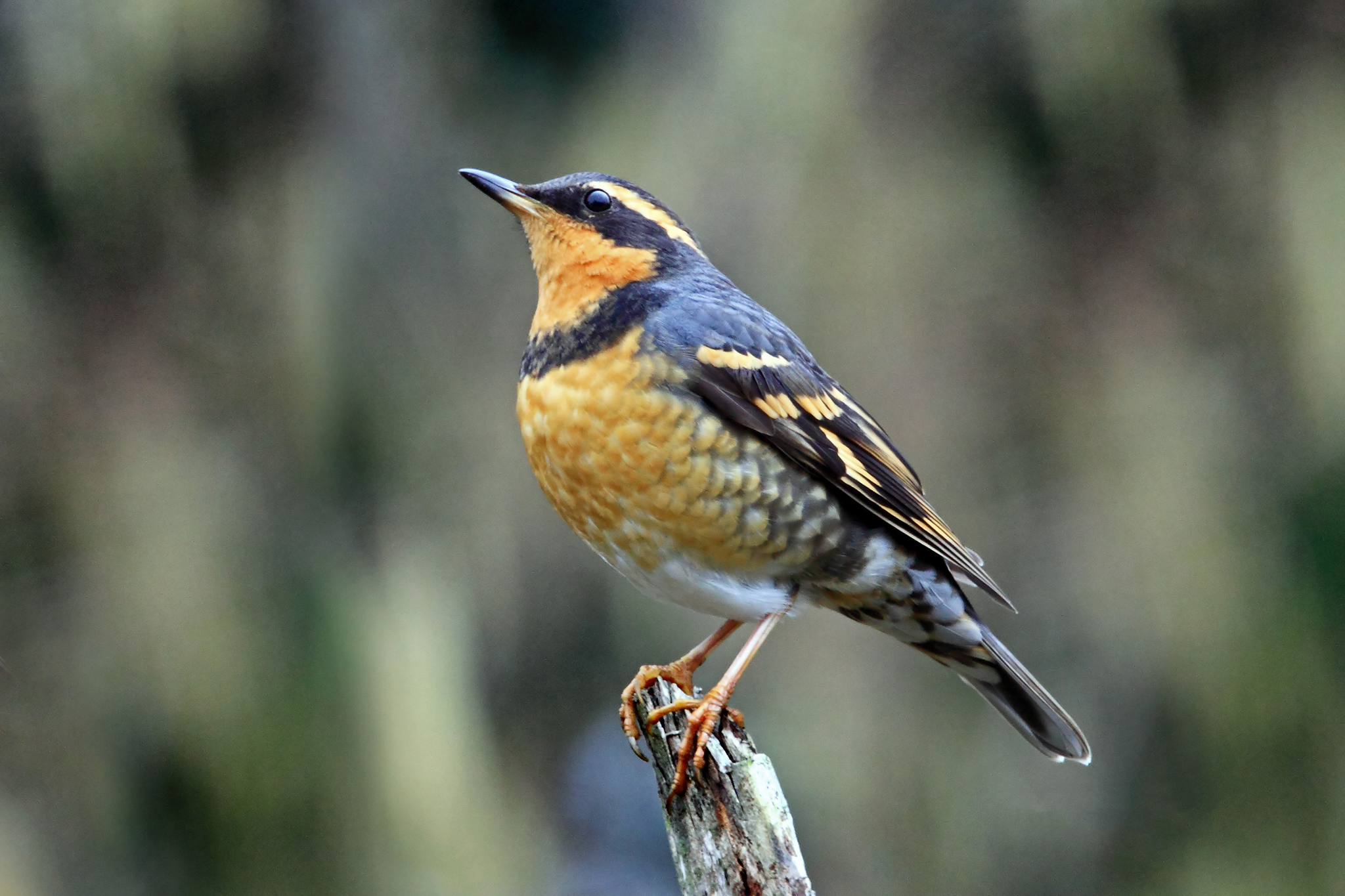 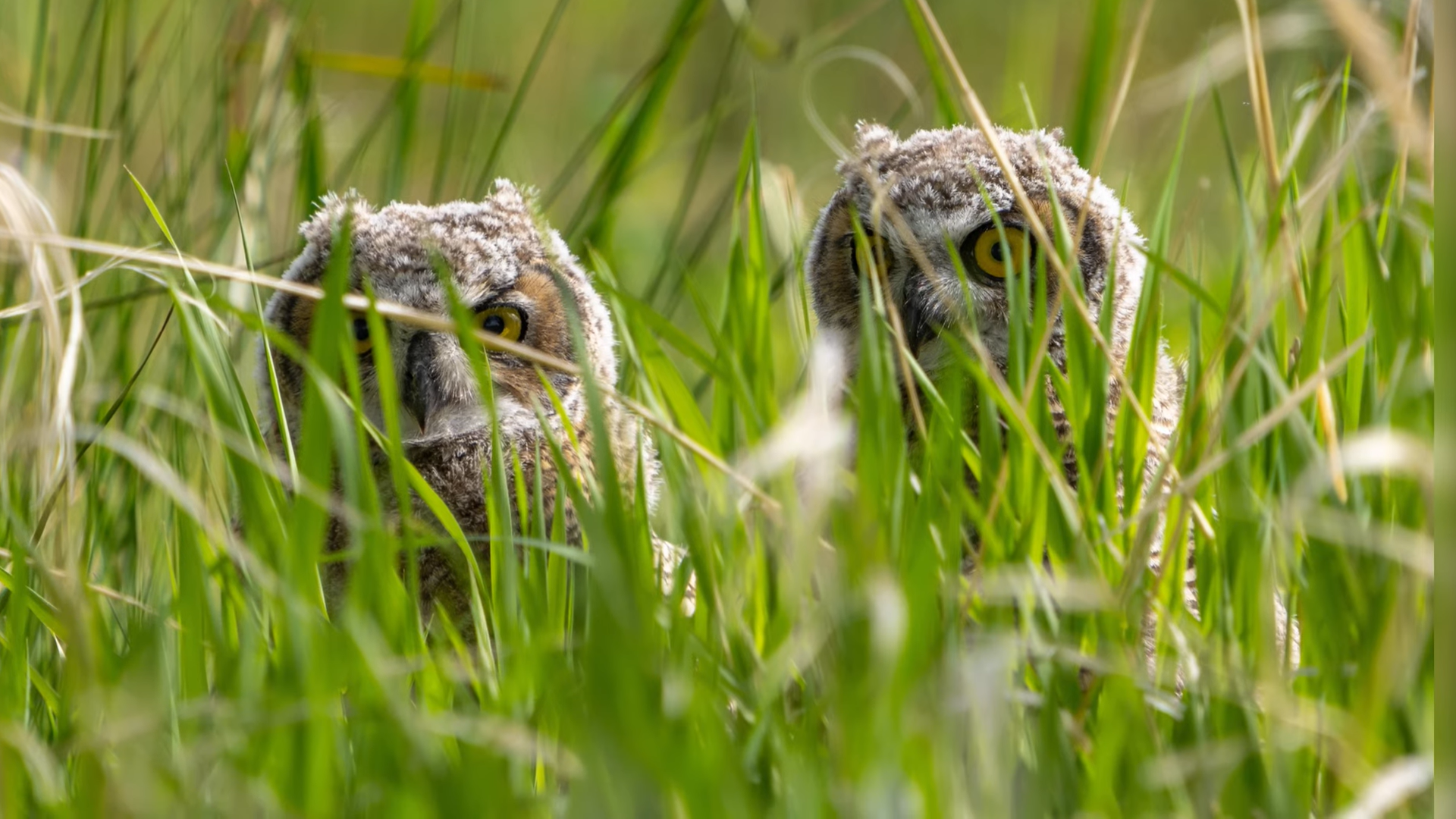 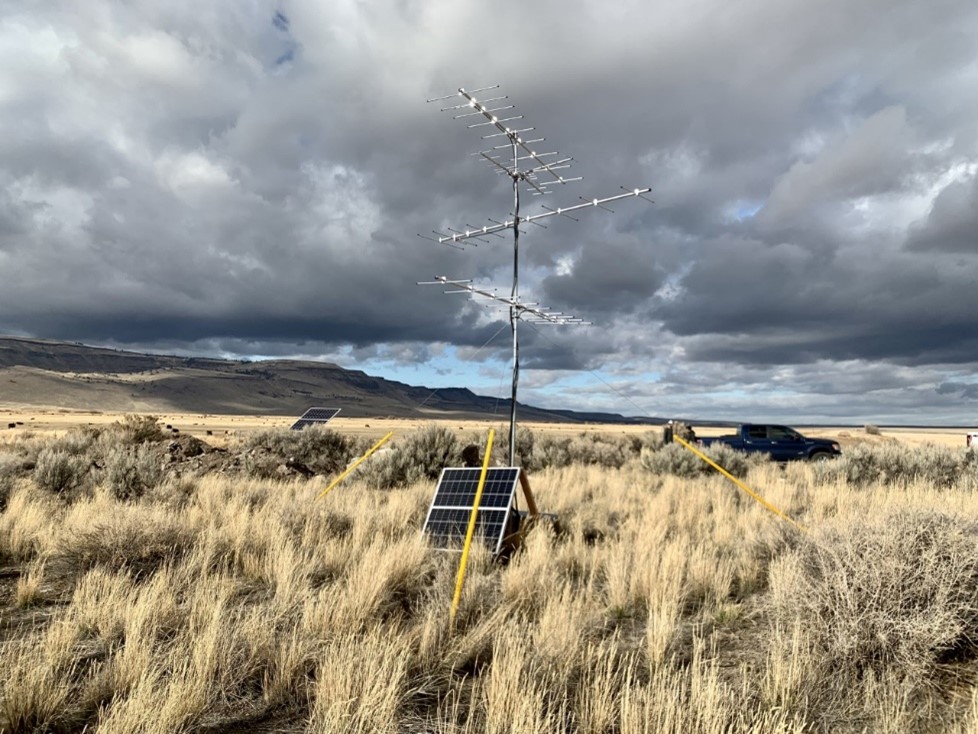 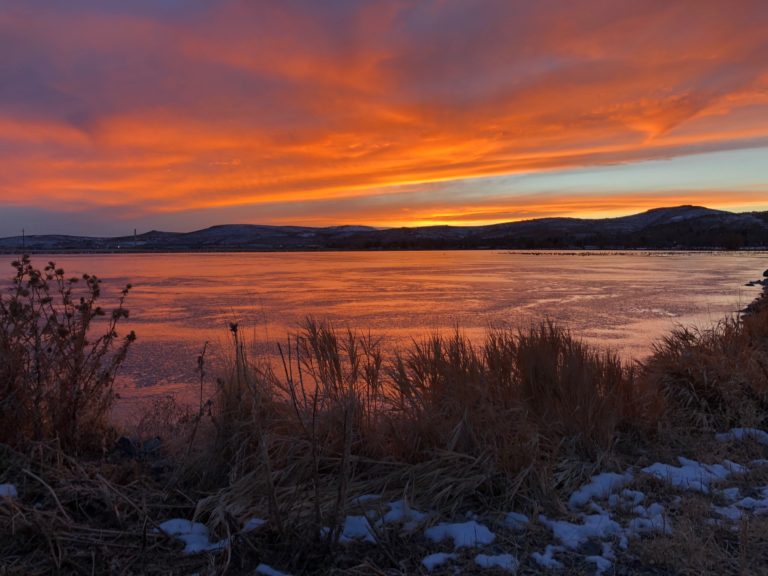 Written by Peter Pearsall and Rick Vetter/Photo by Rick Vetter Christmastime is all about traditions. Getting together with friends and family, exchanging gifts and good wishes, reflecting on one... 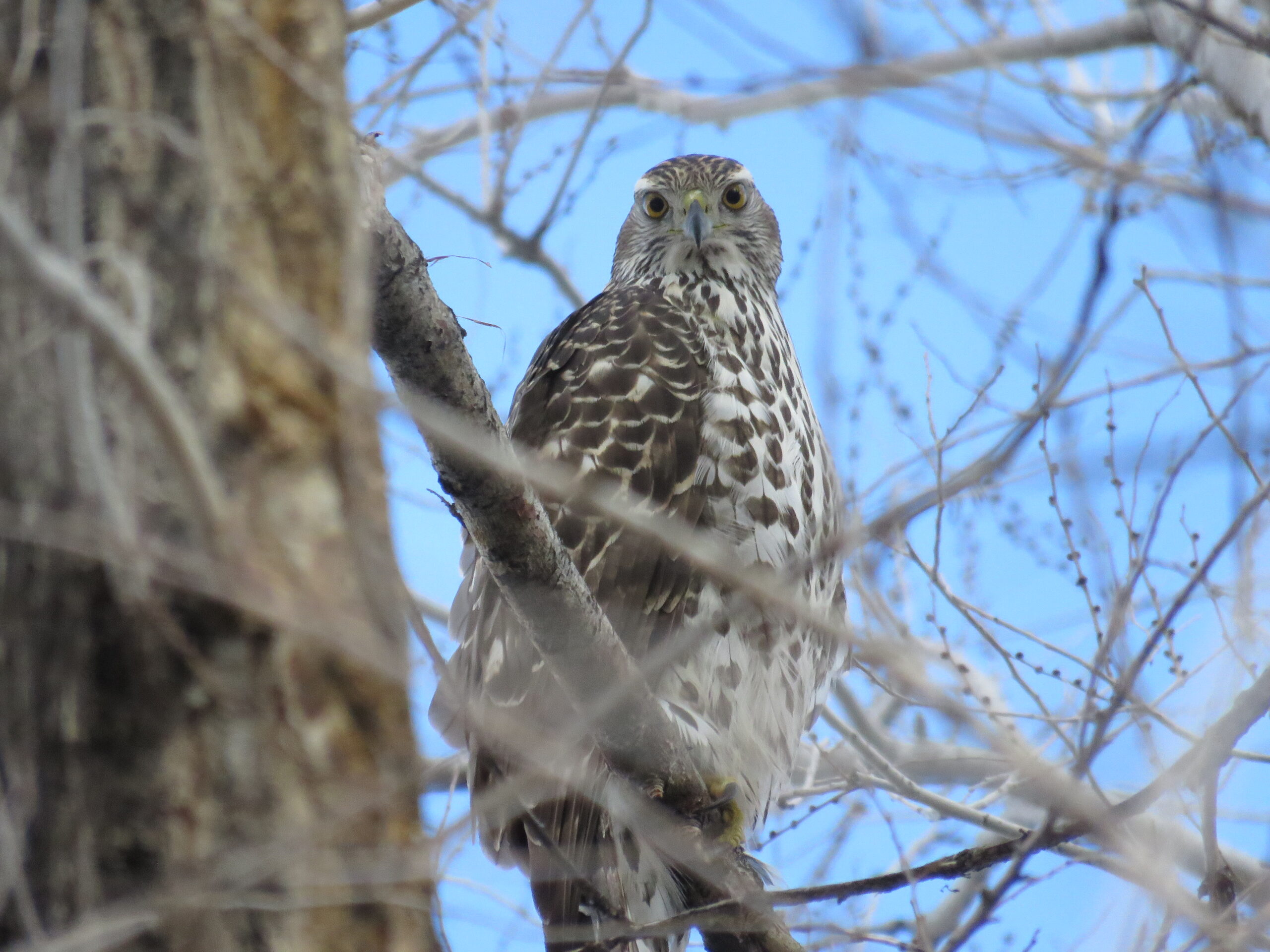 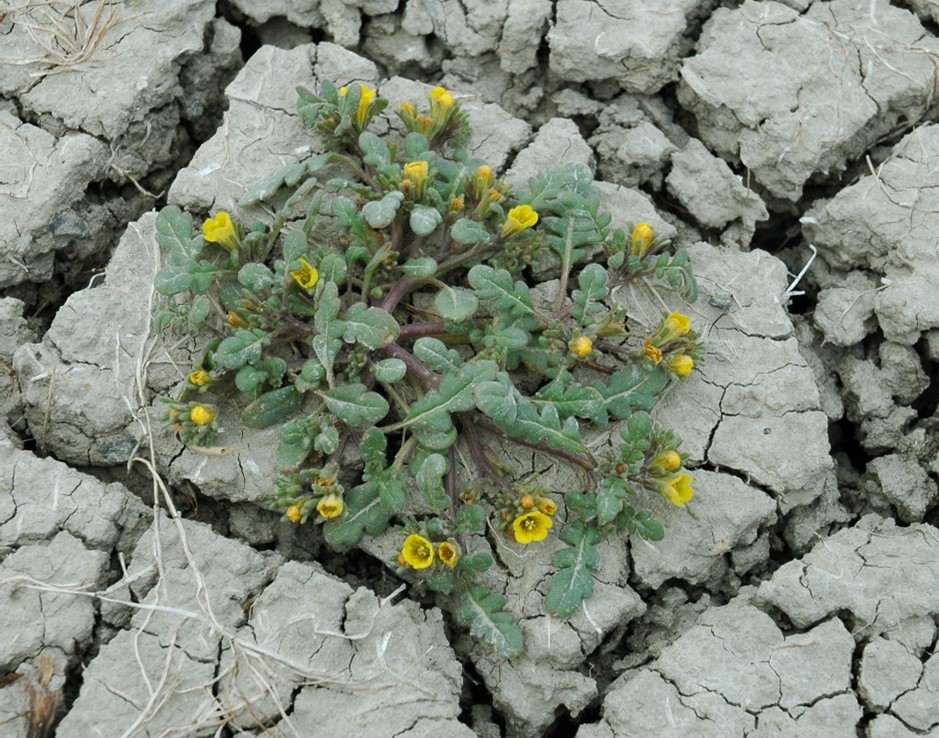 The shorelines and shallow waters of many of eastern Oregon’s shallow alkaline lakes contain a distinctive flora that has been incompletely explored. These plants appear as water levels in...