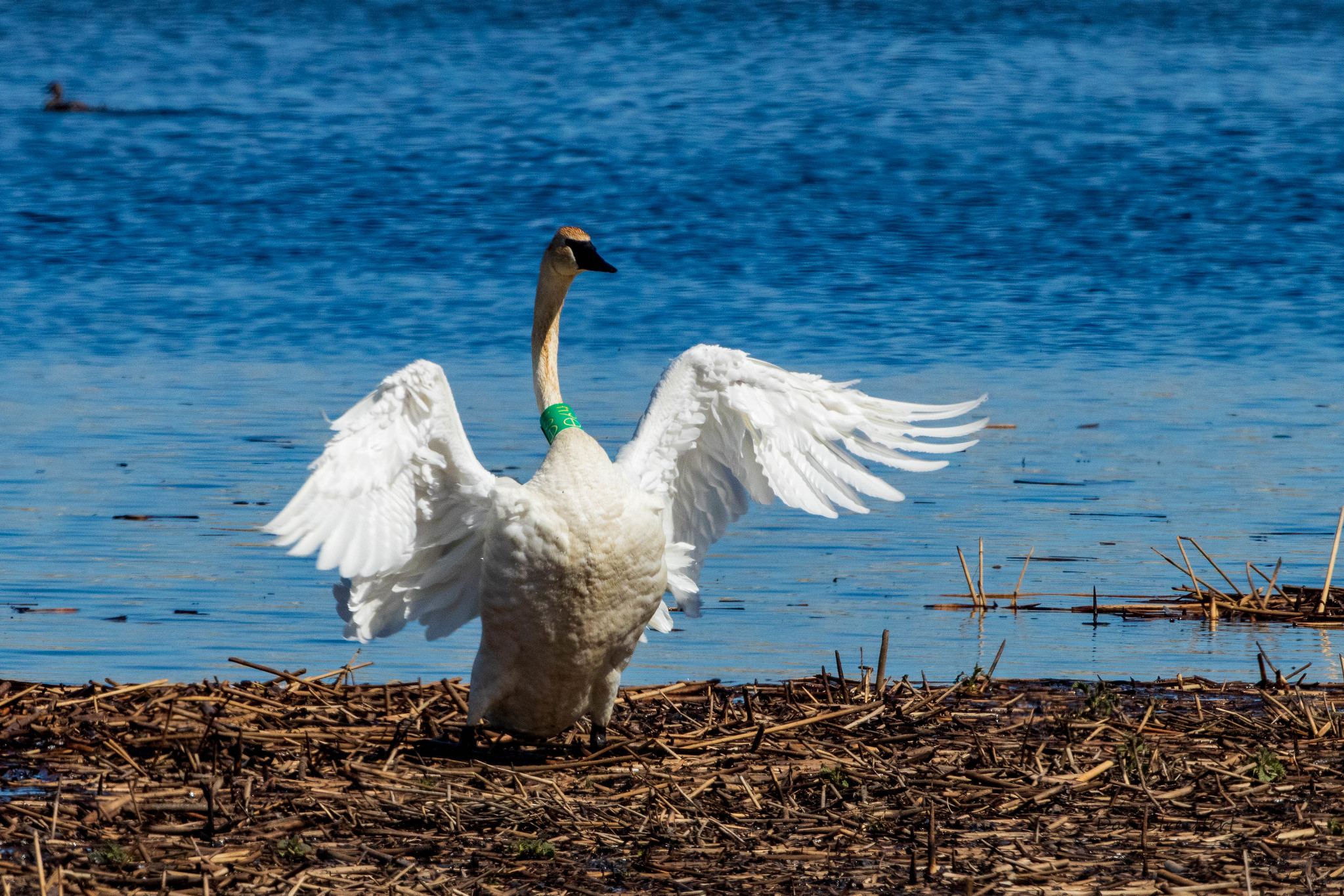 Throughout the months of January and February, Malheur NWR staff conduct surveys for Trumpeter swans that may be utilizing the refuge during the winter months. Most survey sites are located at the south end of the refuge where there tends to be more water, as well as the Diamond Swamp area. On a weekly basis, biologist, volunteers, and staff report any sightings of swans on the refuge. Visitors are also more than welcome to send in their swan sightings during this time. Information that is collected include the date, time(s), location(s), and whether the individual was able to distinguish between the two species of swans found on refuge: trumpeter and tundra swans.

In the month of February, Malheur NWR collaborates with Oregon Department of Fish and Wildlife to have an overall count of swans in Oregon. We try to coordinate with biologist from Summer Lake Wildlife Area in Summer Lake, OR on a time and date when this will occur. For this year we had conducted our survey on the 4th of February. Malheur had 177 swan sightings: 46 Trumpeter swans, 89 Tundra swans, and 42 unidentified. At Summer Lake Wildlife Area they had a total of 422 swan sightings.

Throughout the survey conducted at Malheur NWR, two collared swans were recorded, which include our native female from Benson Pond, θ64 and 2@1 female that was tagged at Boca Lake back in 2018. Both female swans have been hanging around each other at Benson Pond for majority of the winter. It is thought that 2@1 may be the daughter of θ64. As was mentioned in last month’s article by Gary Ivey, the other female, θ76, who would typically be seen with 2@1 has been observed with a male at Summer Lake Wildlife Area.

Like most of the misfortune brought to the world in 2020, it also brought misfortune to θ64, since she had lost her mate last year. Reasons are unknown. With that said, hopefully, 2021 will bring θ64 some luck, and who knows, luck might have brought her a surprise for this Valentine’s Day. We are all anxiously awaiting the next chapter of this Swan Saga.