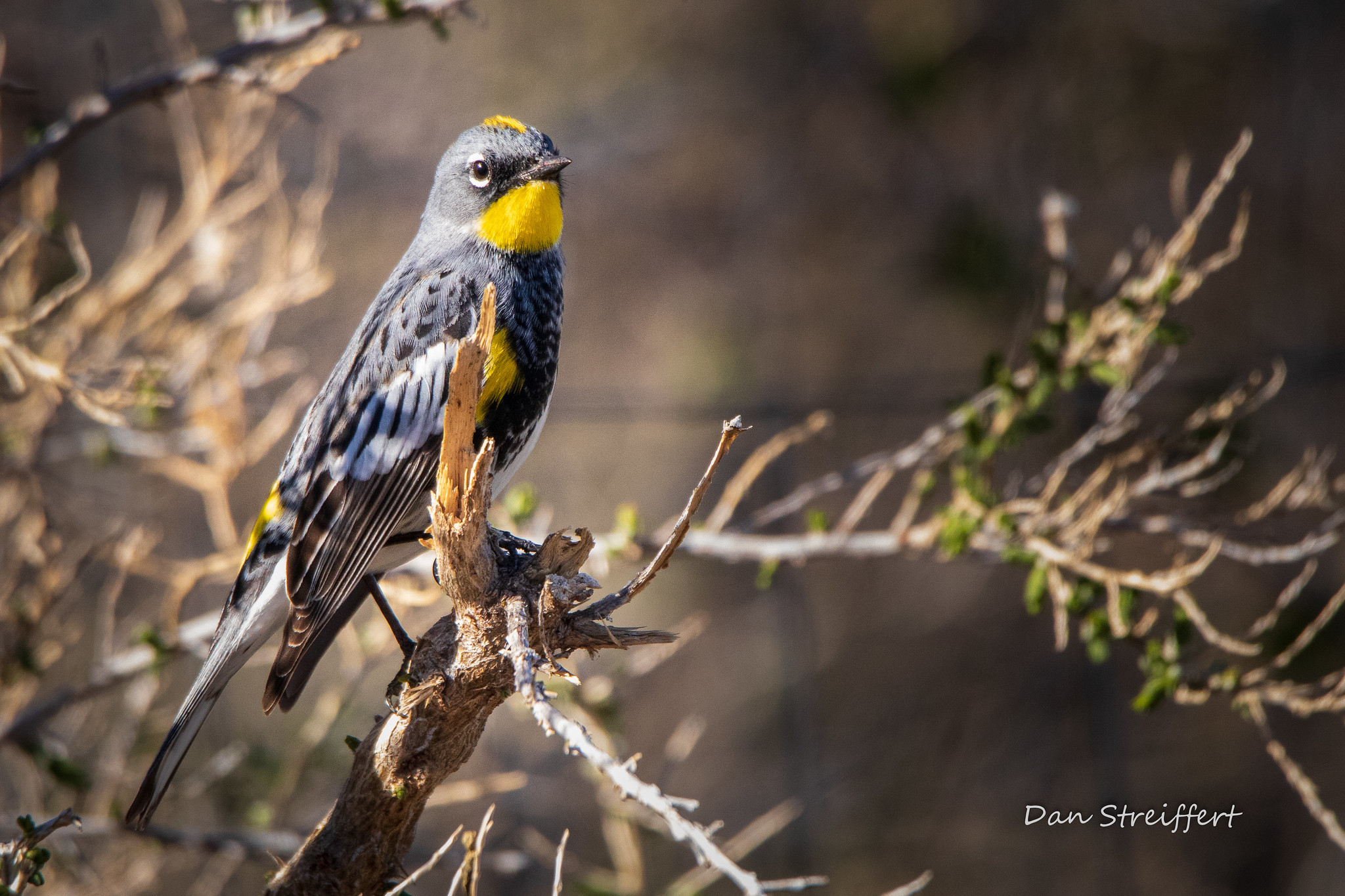 Imagine yourself as a small ancestral Parulidae (wood-warbler) 6 million years ago. As the climate warms, and the extensive forests of the late Miocene begin to fragment the opportunity to speciate (form new species) presents itself. By the late Pliocene your ancestral line has produced 25 new species. Species that will weather 5.3 – 2.6 million years of change in the Americas to be enjoyed by modern birders along their migratory pathway.

Through DNA analysis, we know that this is exactly what happened with wood-warblers in the genus Setophaga (including species formerly in the Dendroica genus), for example the Yellow Warbler. In the late Miocene, the ancestral species of our 25 Setophaga species branched from the other Parulidae species, creating a new genus. As the climate warmed through the early Pliocene, a little over 5 million years ago, forests fragmented, creating new niches which scientists believe led to the first burst of speciation in the Setophaga warblers. Toward the end of the Pliocene, the climate and landscape became similar to the climate and landscape of the Holocene, leading to a second burst of speciation in Setophaga warblers. DNA evidence indicates that no new Setophaga warblers came into being after this second large speciation. This means that the ancestors of the American Redstarts and Yellow, Black-throated Gray, Townsend’s, and Yellow-Rumped (to name a few) individuals that travel to and through Malheur annually existed between 5.3 and 2.6 million years ago. It’s remarkable to think of these species existing concurrently with giant ground sloths, mastadons, and camels (though many of these mammals went extinct in this epoch).

Through extensive work at Cornell Laboratory of Ornithology, scientists have identified that the ancestral species of these migratory warblers were likely not migratory, but rather lived year-round in northern climes. As the warm temperatures of the Pliocene shifted to the colder climes of the Pliestocene, our non-migratory Yellow Warbler ancestors began shifting their winter range farther and farther south. Those that expanded their winter range south were more likely to survive the winter, passing on their genes and teaching their young to travel south. Over many generations, these warbler ancestors became a migratory species, leaving the “lands of breeding season abundance” for the winter to decrease competition and increase the likelihood of surviving the winter.

Many effects of the Anthropocene (our current epoch) are unknown. There are certainly known associations between climate change associated with the Anthropocene and the arrival and departure of some migratory bird species. This relationship seems less clear in warbler species than in other species, for example swallows. While there is not currently evidence of a climatic shift that will contribute to further speciation of Setophaga warblers, it is worth noting that the current level of species loss (extinctions) may very well lead to the creation of new niches in the future. Niches that could very well be filled by as of yet unheard of species of Setophaga wood-warblers.

It’s remarkable to think that Millions of years ago, I may have been sitting at my desk in Burns looking out my winter window at Yellow Warblers foraging in an expansive forest, rather than the snowy high desert landscape I see today…anxiously awaiting the return of our Yellow Warblers, whose songs so clearly punctuate much of the Malheur landscape throughout spring and summer. It is equally remarkable to think that in another million years, I could possibly be looking out upon an entirely different ecosystem/landscape filled with future generations of Yellow Warblers – or some futuristic new species that are the offshoot of the Yellow Warblers we know today.