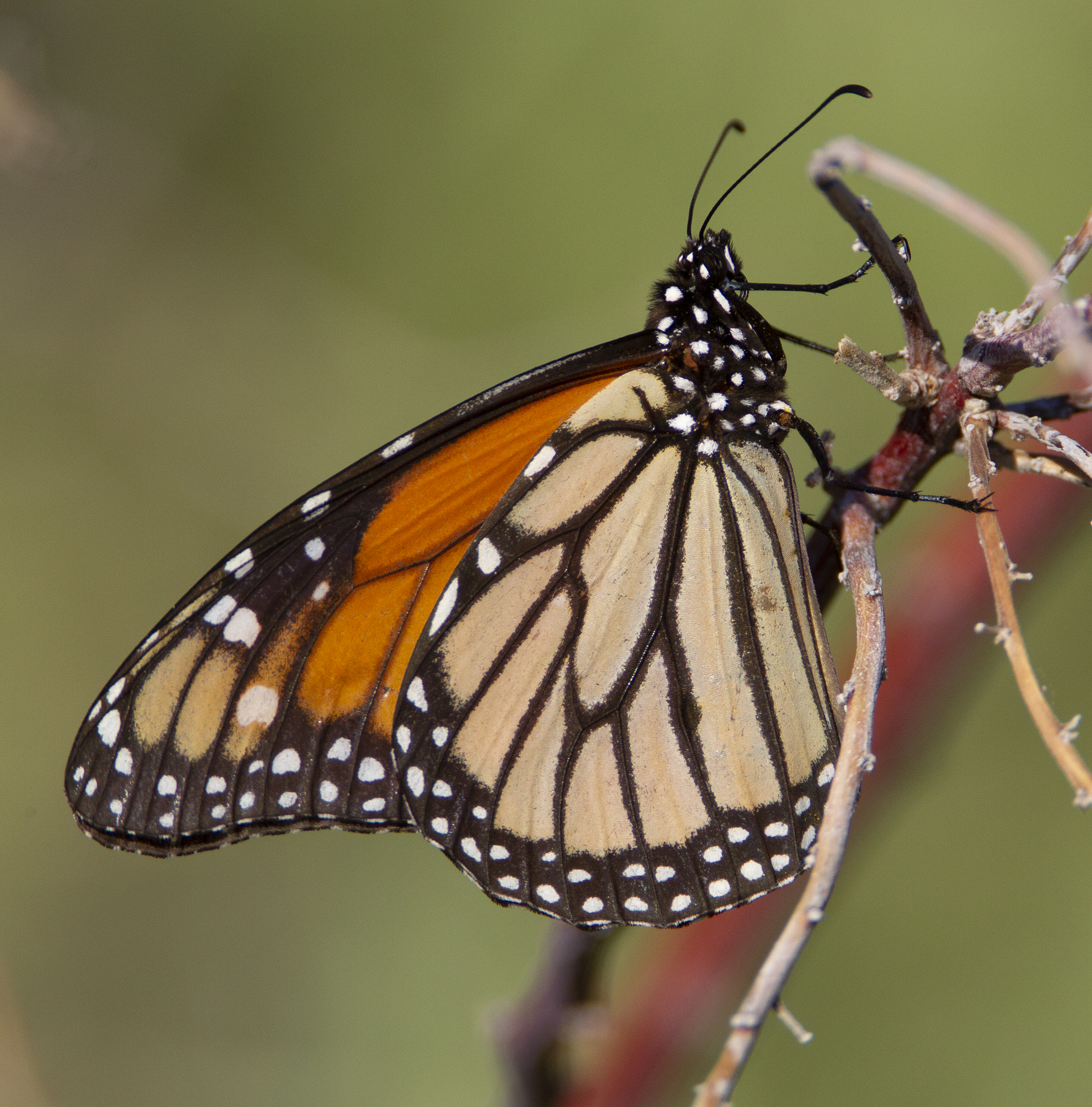 We Americans consider very few insect species “iconic”—that is, cherished, beloved, recognized by millions across the country. We much prefer to lavish attention on furrier, floofier, more familiar creatures. But if any insect were to merit such status, that insect would surely be the monarch butterfly.

Measuring up to four inches from wing to wing, ostentatiously flitting about on warm sunny days, the monarch (Danaus plexippus plexippus) begs to be noticed. Its striking coloration—an aposematic palette of orange, black and white—signals to potential predators that it is toxic, owing to chemical compounds acquired from its only host plant, milkweed.

Monarch butterflies depend on milkweeds (Asclepias spp.) for survival—their larvae develop by eating the leaves and flowers of these plants and nothing else. Most monarch populations are migratory; in North America, the species is divided into two major groups: Eastern monarchs, which migrate from wintering grounds in Mexico to breed in states east of the Rocky Mountains; and Western monarchs, which breed west of the Rockies and winter in coastal California.

But across the country, monarchs are struggling. While both North American populations have been declining for decades, the Western monarch is now on the verge of disappearing altogether. Only 2,000 monarchs were counted on their California wintering grounds in November 2020—just last year, 30,000 were tallied there. Decades ago, there were millions.

Western monarchs utilize milkweeds in desert habitats, including those at Malheur Refuge. In 2014 the Refuge was identified as a priority Western monarch breeding area by the U.S. Fish and Wildlife Service (USFWS) Pacific Regional Office. Monarchs in the Harney Basin use showy milkweed (A. speciosa), a widespread and often abundant species, nectaring on its flowers and laying eggs on the plant itself. Surveys during that period turned up small numbers of monarchs using milkweed on the Refuge, but today there are likely even fewer to be found.

It is thought that habitat loss and heavy pesticide use are behind the widespread decline of monarchs, along with populations of many other native pollinators. Also implicated are the deleterious effects of climate change. Despite these dire circumstances, earlier this month the monarch butterfly was denied federal protection under the Endangered Species Act, a decision that came six years after USFWS was petitioned to list it. In the decision, USFWS acknowledged that the species warrants protection—but with conservation funding stretched thin, other, higher-priority species would take precedence.

Less than 1% of the entire Western population remains. If this iconic species can disappear from the American West in a matter of decades, what hope is there for the many other invertebrate species around that world that receive little to no conservation concern?