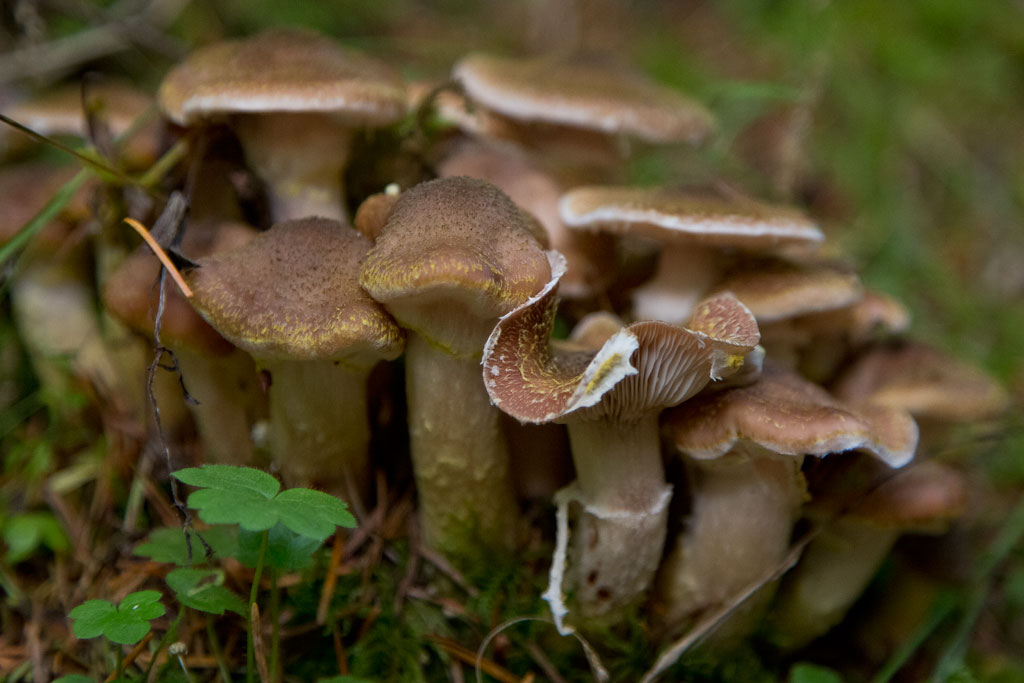 What is the largest living organism on the planet? A number of candidates spring to mind, such as the 100-foot long, 190-ton blue whale, or the 350-foot tall coastal redwood tree, both giants in their own right. Surprisingly, another candidate is a honey mushroom (Armillaria ostoyae) growing in Oregon’s Malheur National Forest! This superlative organism, known as the “Humongous Fungus”, covers an area of 2,385 acres or 3.7 square miles—roughly the size of Burns, Oregon!

Honey mushrooms parasitize conifer trees by tapping into their roots and siphoning off water and sugars, eventually killing their hosts. In fact, the Humongous Fungus of Oregon was discovered by scientists investigating the cause of a massive die-off of trees in the area.

The familiar stalk and cap of a mushroom is but a small visible part—the fruiting body or “sporocarp”—of a vast fungal network of connected cells known as mycelium. The Humongous Fungus is considered a single organism because all the cells in its 2,385-acre network share the same DNA and communicate with one another, sharing resources via the mycelium.

Fungi are consummate decomposers, decontextualizers, virtuosic maestros of soil remediation. They liaise with plants underground, symbiotically exchanging those fundamental currencies of life: water, carbohydrates, protection from attack. In some cases—such as with the honey mushroom—the symbiosis is parasitic rather than commensal or mutualistic.

Akin to a universal solvent, fungi liberate nutrients that others find impossible to extract and digest on their own. They sequester toxins in their flesh and synthesize potent chemical compounds de novo in a sort of mycological alchemy. Fungi achieve these inimitable feats, among much, much else—and they get it done with absolutely zero fanfare. Theirs is a dirty job, lowly and thankless, but it is an indispensable service nonetheless.