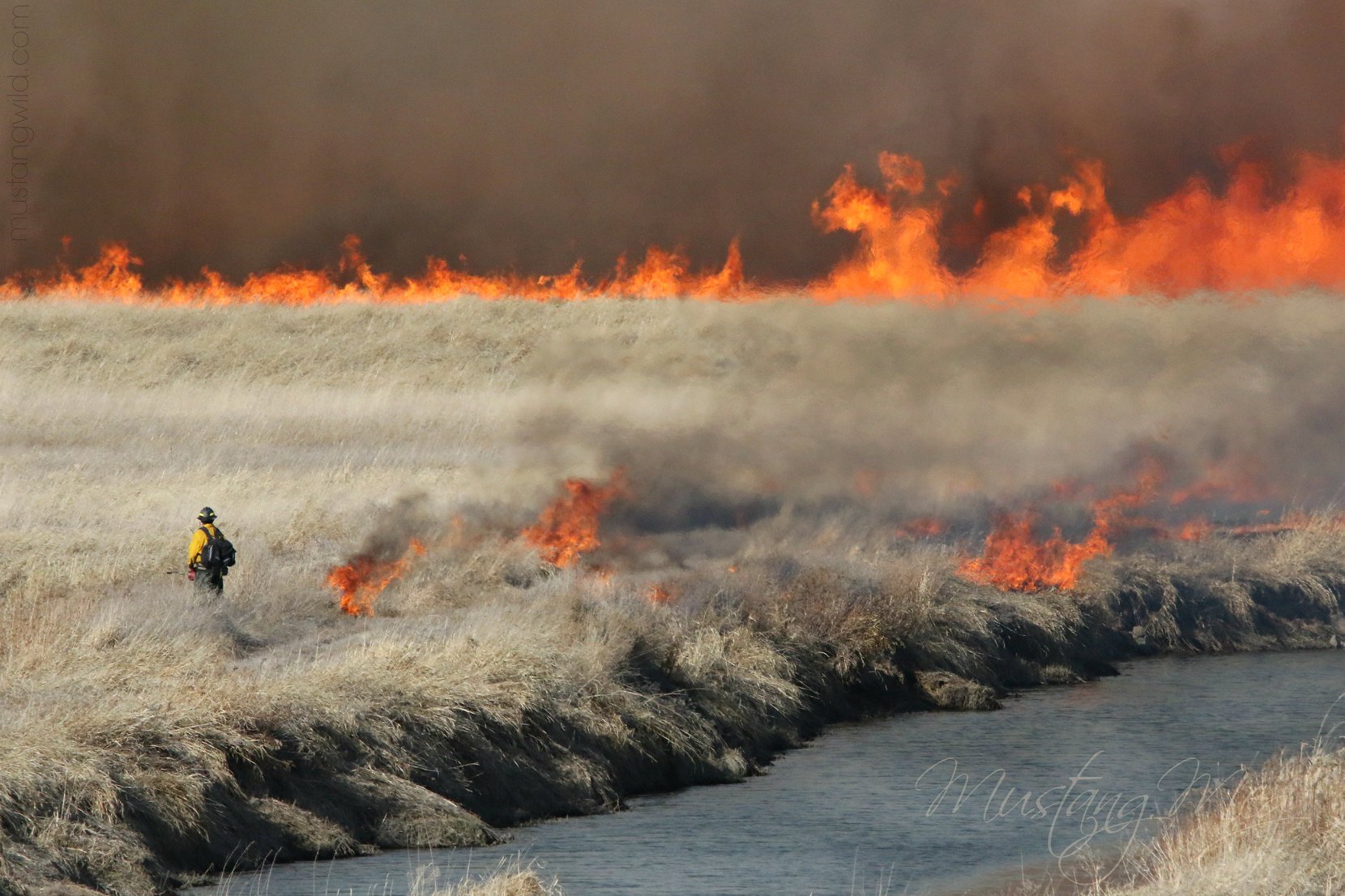 In late winter and early spring private land owners and public land managers in the Harney Basin use controlled burns for various reasons, including the removal of excess fuels, release nutrients to the soil, and stimulate plant growth. Generally, these burns are to remove dangerous fuels that could cause larger problems in the event of an unexpected fire, or to clear out irrigation ditches. Precautions are taken to anticipate and avoid red flag conditions (fire positive environmental conditions) such as low relative humidity or increasing winds. Sometimes conditions can take a turn and a controlled burn will move in unexpected ways. This is what happened on March 5 when a rancher and neighbor between Refuge Headquarters and Malheur Field Station set fire to his land on the south side of Sod House Lane.

Fire Operations Manager Danny Yturriondobeitia got the call at 2:13 p.m. that the fire had jumped Sod House Lane and was spreading toward the north. “I called our dispatch center and they immediately called fire personnel from the Refuge, BLM and Forest Service from Immigrant Creek and Lakeview.” In all, about 25 or 30 fire personnel responded. As photos show, the fire came close to Marshall Pond as it moved north and east. The grasses are dry at this time of year, and while nowhere near as hot as a forest fire.Yturriondobeitia noted, it could do plenty of damage to archeological sites and neighboring ranches.

The fire didn’t have the heat of a crown fire found in forests with mature trees, but fire can remain in the peat of the marsh. In fact, hot spots like that continued to burn into the night. By morning, though, the fire was out, the crew members were given bagged breakfasts before heading back out to ‘mop up’ the site. A pump was placed near the road, pumping water from the Blitzen River into an area of peat where Yturriondobeitia and other personnel knew fire could start again. By the time they were finished, the Sod House Fire including backburn efforts covered just under 1k acres.

Luckily, it was early enough in the season that Sandhill cranes and other birds were not yet nesting in that area. There were animals, though, happy to hightail it out of there. “As we were driving out,” said Yturriondobeitia, “rabbits, deer and a skunk raced behind the truck.” The rancher who started the controlled burn was able to get his livestock moved. New grass will grow on the burned land, and thanks to Yturriondobietia and his crew, damage was minimal.

In fact, this area west of Refuge Headquarters which covers the space between Malheur Lake, Sodhouse Lane and the Blitzen River was included in the Refuge’s long term Prescribed Burn Plan. While unexpected, we are grateful to the Burns Interagency Fire crew and their partners for their swift response and hard work.