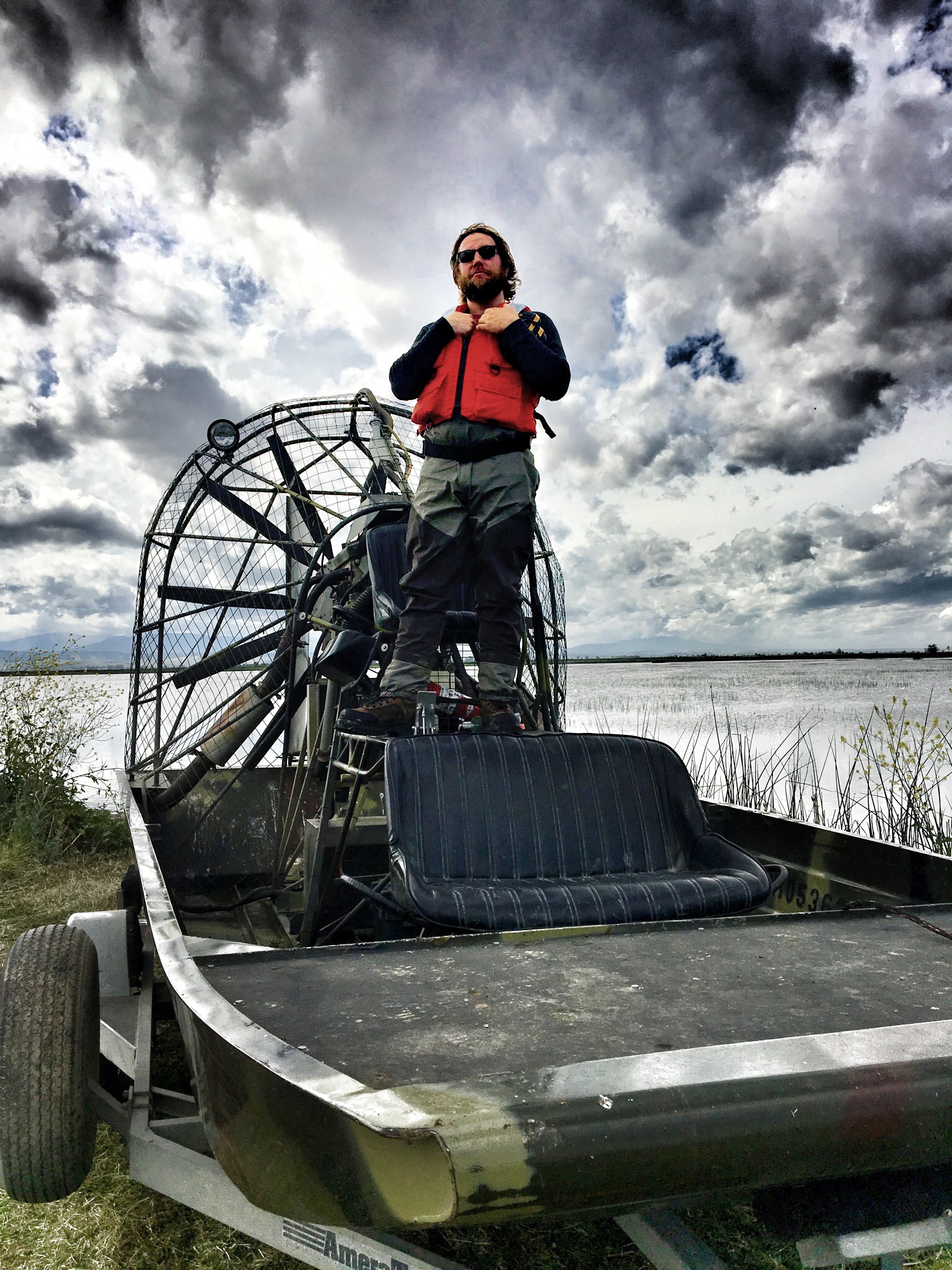 Ed Sparks, Wildlife Habitat Biologist at Malheur National Wildlife Refuge, is moving on to a new position! Ed’s duties at Malheur were many—including conducting aquatic vegetation surveys, working with grazing permittees, developing protocol for integrated pest management, and much else—and he will be missed by all.

“I was floored to be offered the position,” says Ed. “I’m very much looking forward to the opportunity to develop new skills and participate in habitat-management decisions on a Refuge-wide scale.”

In his new role at Havasu NWR, Ed will oversee biological staff, direct Wilderness monitoring on the Refuge, and manage the vehicle fleet, among other duties. He is particularly excited about the prospect of spending more time in the field.

Some of Ed’s favorite experiences working at Malheur NWR involved being in the field. He particularly enjoyed submerged aquatic vegetation surveys, which often involved working out of a canoe while identifying aquatic plants.

“It was a very Zen-like process that I really enjoyed: sitting in a canoe with a pile of plants in your lap, keying them out,” he says.

Also memorable for Ed was assisting with duck banding endeavors, helping to pilot airboats alongside staff from Malheur NWR and Oregon Department of Wildlife, both at Malheur’s Boca Lake and at Summer Lake Wildlife Area.

Ed says he will miss working with the outstanding Malheur NWR staff and partners but is excited about moving forward. We at FOMR wish him the best of luck!