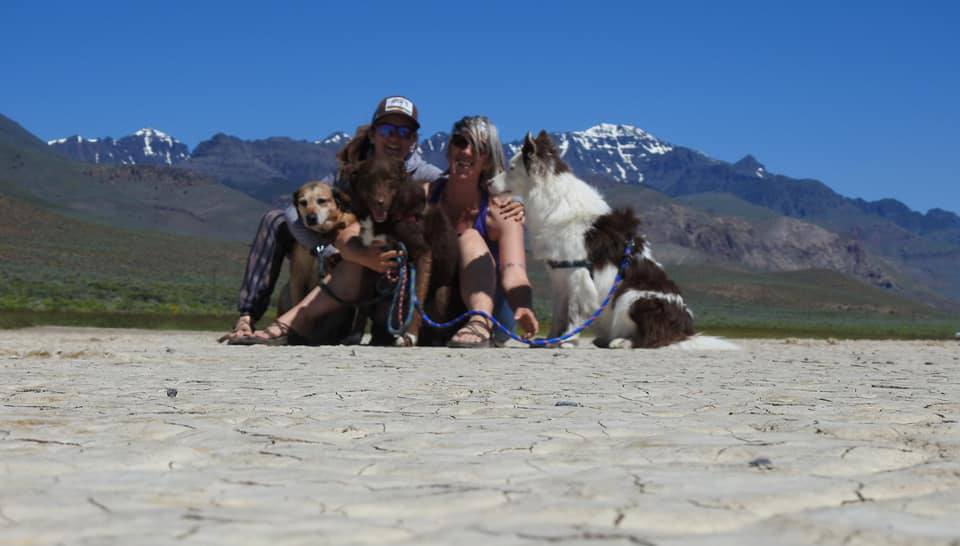 She wouldn’t see the ocean until she was 17, yet Janelle Wicks knew at age 11 she was going to study marine biology and dreamed of one day saving manatees. She didn’t lose sight of that goal and enrolled at Lock Haven University in north-central Pennsylvania. Though landlocked, the school had a marine biology program, and even better, was part of what was then the Wallops Island Marine Science Consortium (MSC) in coastal Virginia. There she lived, worked and took classes each summer of her undergraduate tenure. During those months, each class was 3 weeks and equated to a semester’s week worth of content each day. “I’d conduct field research, go out of research vessels and complete reports,” she remembered. “It was life-changing to have that kind of immersive educational experience,” she says of that first summer. “For the first time I excelled academically.”

With Wicks still in college, her mother decided to move from Pennsylvania to Georgia and Janelle moved in with a friend when school was out of session. “Nothing was going to stop me,” she said. “I worked at Wendy’s, was president of the Gay-Straight Alliance and administrative assistant to the resident hall director and about to graduate. With two weeks remaining in college, her mentor and boss insisted she work on her resume and apply for jobs every day. It was only a week before the Education Program Director at the MSC called me up and asked, ‘Can you be here on the 6th?’ Graduation was on the 5th.

“To go back to this place I loved and serve as the residential coordinator for summer programming was a dream start.” At the end of that summer, Wicks was hired to stay on at the MSC as a marine science educator, teaching middle and high school students, often working six days a week. “We’d have a 30-minute lecture and then go into the field. These were high-performing students. It wasn’t meant to be camp in the traditional sense.”

“I always thought I’d be a scientist, but I became an educator and administrator. I was fortunate to always have strong female mentors who saw my potential and helped me achieve it.” After three years at that job, she was offered a job at Chincoteague National Wildlife Refuge where she led field crews monitoring piping plovers, American oystercatchers and colonial nesting birds. Eventually she moved west, landing a seasonal job with the US Forest Service in the Gold Beach Ranger District of southern coastal Oregon. “I told myself I’d go to grad school at OSU,” Wicks recalled. Instead, she found another good fit with the Corvallis Environmental Center’s Avery House Nature Center.

It didn’t take long for her to transition from nature program coordinator to administrative director. She managed to take marketing, accounting and entrepreneurship at Linn-Benton Community College part time. Laura Peterson remembers working with Wicks there. “Janelle has this great way of observing how a person of any age is connecting with their environment, and then building on that spark of curiosity as she asks questions, educates, listens, and discusses. Her inviting and informative manner extend warmth and inclusiveness as she draws in others to share in her enthusiasm,” Peterson noted. “Working with Janelle was one of the best opportunities I have ever had both in a job and as a beginning naturalist. Janelle was always open to questions and explained things to me in a way I understood. She would often take those conversations deeper, and circle back to them in later discussions. I always felt like she had this wealth of information about ecosystems and relationships and interconnectedness, and our conversations and working together served to enrich how I thought about the world around me and how to engage others in connecting to it as well.”

In the fall of 2015, Janelle recalls, “an old colleague from Chincoteague NWR called to let me know there was an opening for the Environmental Education Specialist at Klamath Basin Refuges.” By then, she’d been dating Teresa Wicks for well over a year. The two moved to Klamath where Teresa accepted a position as director of the Great Outdoor Alliance, an environmental education collaborative. Janelle quickly secured the position with the Klamath Basin Refuges. The two married in July of 2017, happy with their lives and jobs when Teresa was hired for her dream job: Eastern Oregon Field Biologist for Portland Audubon. They packed up their belongings, three dogs and a cat and moved to Burns in April 2018. Janelle was looking forward to being jobless. “I needed a break anyway,” Janelle noted. “It was nice to have one of us not working, to establish relationships in the community. Besides, I like to knit, cook and play with the dogs.” The two bought a house in Burns last summer, giving her the space to create a home. She met people in the community and got involved, yet still found some time to volunteer at the Friends of Malheur National Wildlife Refuge where she met Jerry Moore, FOMR board member.

When Peter Pearsall, executive director of FOMR, gave his notice late last summer it opened up a new door. “For this job to open was almost too perfect,” she said. “At this point, I have a strong sense where FOMR is and where it can go. We’ve gone from 550+ members to over 775 in a year. I want us to create more education opportunities, increase capital fundraising and develop lasting projects and programs.” “She’s everything we could want in an executive director,” board member Moore notes. “All of her previous experience has prepared her for this job.” Her entire staff is made up of volunteers. She’s expert at putting each person’s expertise to work, and patient with the vagaries of staff who are often retired.

Malheur may not be the ocean, but it is a sea of sagebrush. As she walked into the Crane’s Nest Nature Center and Gift Shop recently after a night of rain, she took a breath of the sage-scented air. “I’ll never grow tired of that,” she said.