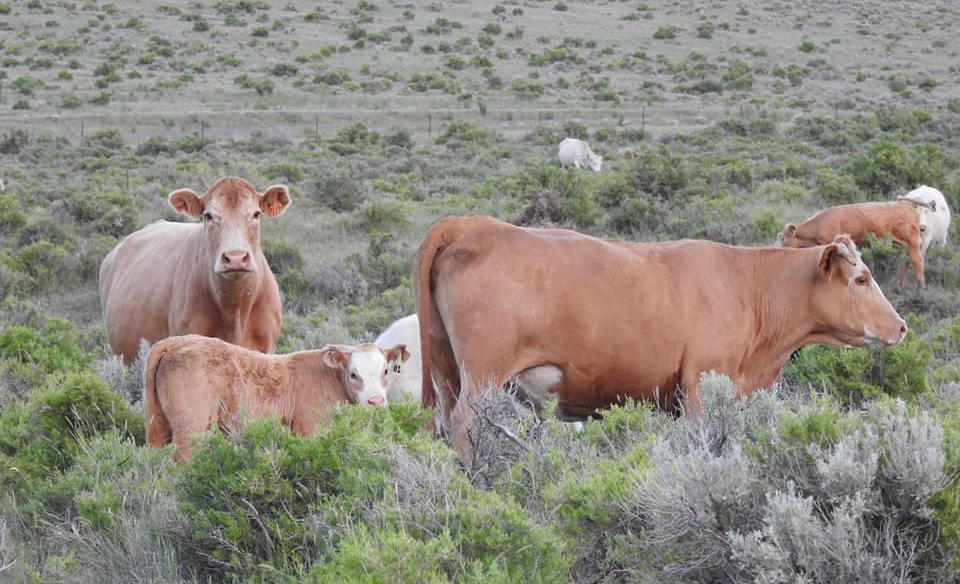 Cattle have grazed the meadows at Malheur Refuge at varying intensities since its inception in 1908. What follows is a primer on current grazing practices at Malheur Refuge, presented in question-and-answer format.

1. How many cows are allowed on Malheur Refuge (not allotments, but total number of individual cows?)

There is no set number that is considered when treating the fields. The reason for this is due to the high variability in available water from year to year that directly impacts the plant growth in the wet meadows. It is because of this–and also that the vegetation is cut and rake-bunched–that we do not set a limit on the number of individual cattle. It is stated in the Refuge’s cooperative agreements that the cattle are to be removed from fields either by January 31st or when the rake-bunch is depleted, whichever happens first. Supplemental hay feeding (anything extra other than the rake bunch) is strictly prohibited on Refuge fields.

2. Is the fencing around the Refuge mainly for cows?

Yes. Even if we didn’t use the cattle as a means to remove hay from the Refuge, we are surrounded by Bureau of Land Management allotments and private land that all at some point in the year have cattle on them. The boundary fence works as a means to keep the neighboring cattle out. Since Oregon is an open-graze state, the neighbors are not legally obligated to fence their animals in; we have to fence any unwanted animals out. With that being said, we do follow guidelines for wildlife-friendly fencing.

3. When I see ranchers/farmers harvesting hay from the fields of the CPR, do they pay for that hay?

Yes. Even though the cooperators benefit from gaining additional hay outside of their base of operations, we charge for the privilege of using Refuge fields. It is important to note that we use our cooperators as a means of establishing short stubble habitat for spring migratory birds. When the vegetation is removed, the sunlight can reach the ground earlier in the season and thaw the ground out, allowing for earlier plant growth. This early plant growth/early warming gets the insect community active, which is one of the primary food sources for migratory birds. After we flood the meadows, it allows for easier access to food sources for ducks due to the stubble being short. Some time ago, we had an economist come out and assess what the cost should be, given the quality of the grasses on Refuge and the standard operating costs to remove the hay. That is how we came up with our pricing of $17.50 per ton (it typically costs about $60 a ton to cut, rake, and bale hay, plus another $12-15 a ton to remove and transport it, making the total cost between $89 and $92 a ton. Which is around market value for meadow hay.)

4. Are any crops/grasses raised on the Refuge just for cow grazing?

No. By USFWS policy, any secondary use on a Refuge needs to be put through a compatibility determination and is then looked at to determine beneficial use (that is, beneficial to wildlife). So, by policy we do not allow any commercial activities that do not benefit wildlife.

5. Why are cows allowed onto to the Refuge in the first place?

Cattle are used as a tool for hay to achieve our habitat objectives. We work with small- to medium-sized ranches that typically don’t have a large bank account to work with. This is why cattle are used to remove the hay in some cases. We do not have a “standing grazing” operation on the Refuge and that means that everything is mechanically treated prior to cattle being brought in. So basically, we have a haying program where the hay is either removed by bales or by cattle. The same economic analysis cited earlier also found that there are approximately 2.5 AUM’s (“animal unit months”) per ton of hay. That gives us a cost of $7 per AUM ($17.50 / 2.5 = $7) that we charge the cooperators for use of that field. This becomes a more economical option for some of our cooperators since the hay is not being baled and removed by a truck, but the Refuge is still getting the same amount per ton for the residue removal of that field.

Our haying season is pushed back a little over a month from what ranchers would typically do on their private grounds. We do this to minimize impacts to wildlife and the plant community. The primary nesting season dates set by Oregon Department of Fish and Wildlife are March 1 – July 15 and we do not allow any field operations until August 10. The quality of the hay is considered less than optimal (most would cut their flood irrigated meadows around July 1 for peak protein) but this puts us safely out of nesting season. The cattle are not allowed on until after September 1. This allows the cool season grasses and forbs to store nutrients in their roots to survive the winter. This dormant season usage has been found to be the least impactful, hence why we restrict usage to fall and winter.

As far as the amount brought in annually, it varies with the weather. Suffice it to say that grazing brings in somewhere between $200,000 and $250,000 a year (rough estimate). Every dollar generated goes back into the Refuge. We use that money to help keep up our boundary fence; to treat weeds; and a good chunk also goes to our partners to get professionals out to monitor Refuge fields to ensure that we are achieving management goals. Given budget cuts at the national level, none of these goals would be accomplished given our current spending limits.