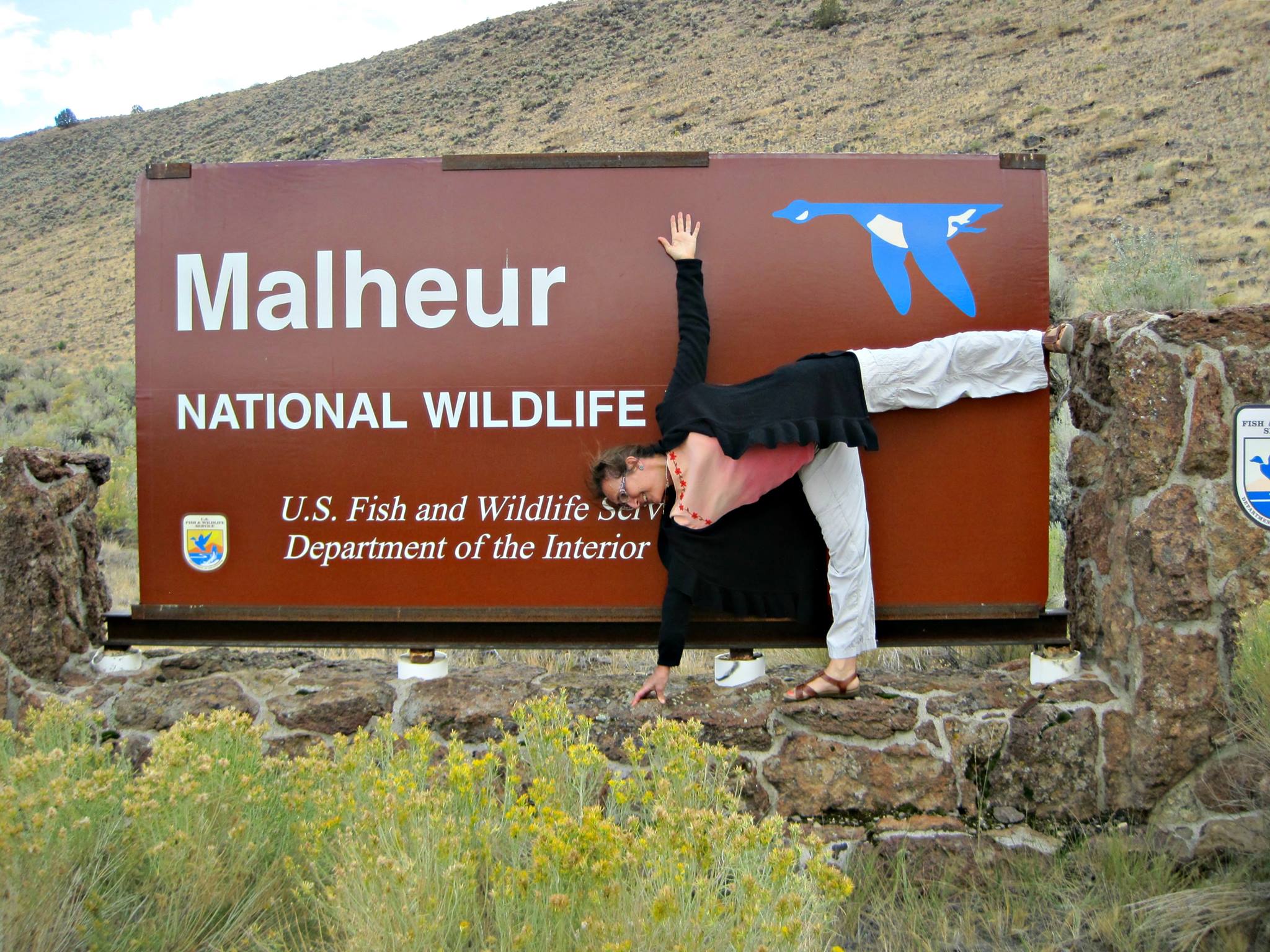 Five and a half years ago, my family unexpectedly moved to Harney County from Tucson, AZ. A year before that, my husband took his new post here, and so I accompanied him on the long drive from Southern Arizona to South East Oregon. And because, as a naturalist and aspiring geologist, he always seeks the most winding and least traveled path, I first discovered Harney County via the full 133 miles of OR Hwy 205 – known in part as the High Desert Discovery Scenic Byway – from Denio, NV to Burns, OR. Along the way, on that late September day, we stopped at the historic Frenchglen hotel for a picnic, from where I first discovered the Malheur National Wildlife Refuge; that day, we traveled the full length of Malheur Refuge and also stopped at the headquarters and at the Narrows. Over the next few years, we made many visits to the Malheur Refuge, exploring how the vast landscape, wetland vegetation and abundant wildlife magically change with the seasons. In 2016, we helped with the post-Malheur Occupation cleanup and were introduced to, and began supporting the Friends of Malheur, and at last, this spring, I decided to start volunteering here under the guidance of the Friends’ remarkable executive director, Janelle Wicks.

Once a week, as I get up early and make the 36 mile drive to Refuge Headquarters, encountering at most a handful of cars between the old Hines Lumber Mill ruins at the edge of town and the CCC-built headquarters, it’s as if I moved to another world for the day. And the drive home always takes me an extra 20 minutes as I can never resist the temptation to stop along the way to observe and attempt to photograph the late afternoon light flooding the extraordinary landscape.

In late spring and early summer, after I was trained to use the cash register system, I worked mostly in the lovely Crane’s Nest gift shop, book store and visitor center, interacting with birders and visitors eager to share how delighted they are to be at Malheur and to inquire about the Refuge and its wildlife, while making sure the store shelves were well stocked and neatly presented. By mid-July, as the number of visitors began to drop, Janelle trained me on how to generate and print thank you letters for new members, and carry out various inventory and other necessary office tasks. It is fair to say that Janelle is an utter delight to work for, as her great organizational, supervisory and teaching skills are enhanced by her unending kindness and positivity. Meeting other volunteers from far away in Oregon and all over the country, who stay for weeks and months at the newly renovated RV site located at the headquarters, has also been immensely enriching. Being a small part of this amazing team of dedicated volunteers has been as awe-inspiring as the natural environment we are helping protect and preserve.