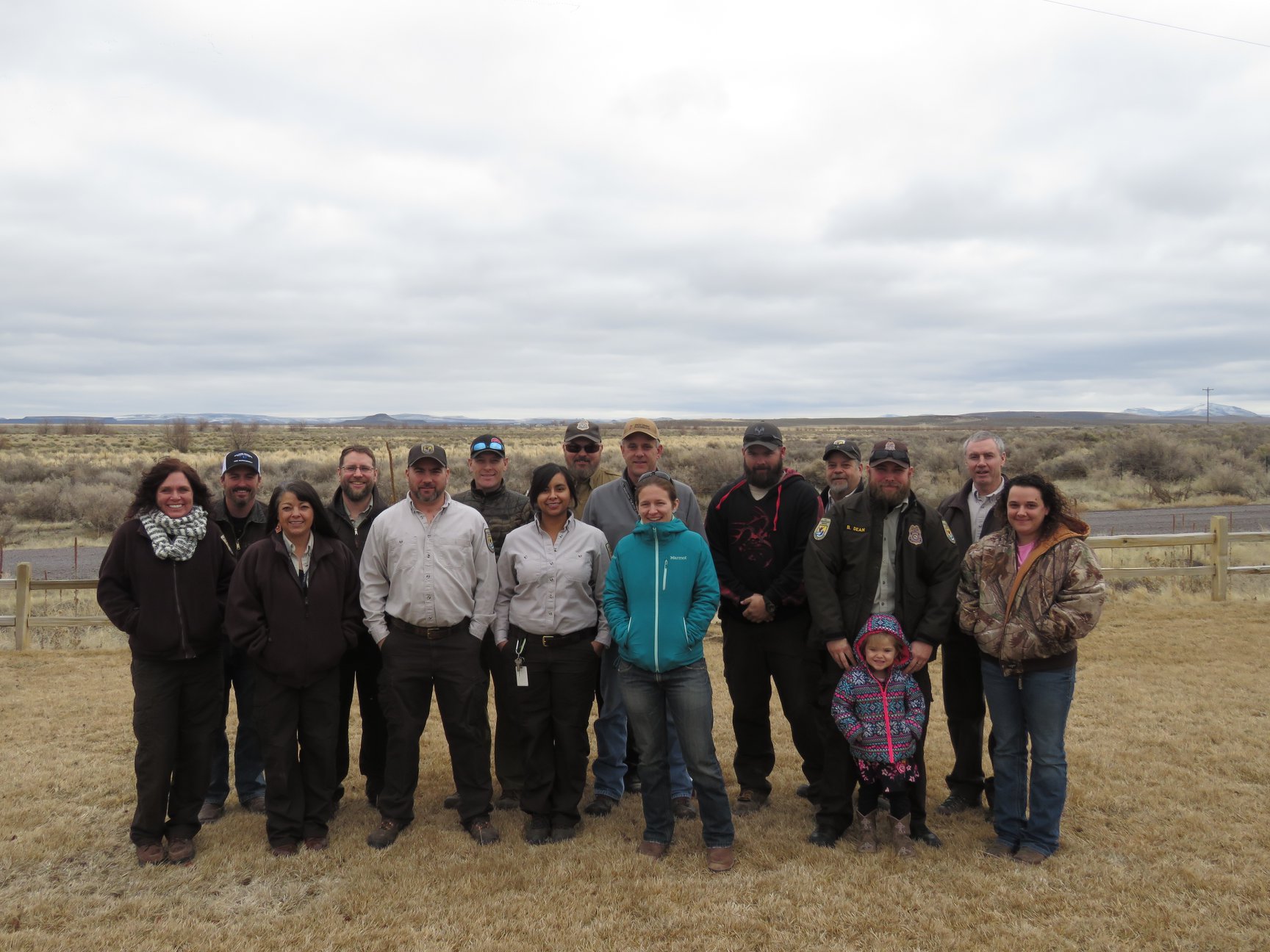 Editor’s note: Please welcome Brett Dean, Malheur National Wildlife Refuge’s new Law Enforcement Officer! What follows is an interview with Brett that has been edited for clarity and length.

Peter Pearsall: Brett, tell us about where you’re from and how you came to Malheur Refuge.

Brett Dean: I was born in Georgia, raised in Florida. A couple of years after graduating high school, I hired on with the Florida Dept of Corrections; worked at Florida State prisons for six years.

I started out in law enforcement but what I really wanted was to be a game warden. Life kept taking me in different directions, though. Met my wife, had kids, all that stuff. I kept getting deployed. I applied for a position with the Department of Defense Marine Corps Police Department and worked there for about a year.

I eventually heard about U.S. Fish and Wildlife Service (USFWS) Refuge Law Enforcement from some federal officer friends of mine. I discovered the Conservation Law Enforcement Program with USFWS and enrolled in it. My wife and I talked about it—we hadn’t been to many places in the U.S. besides Florida and Georgia, so we rolled the dice when searching for an assignment and put down that we were willing to go anywhere in the US. When the assignment came, I was told I was going to Wichita Mountains Wildlife Refuge in Oklahoma but was reassigned to Malheur Refuge. So that’s how I ended up out here. We wanted to see something different, see places we’ve never been.

PP: Describe a typical day on the job for you.

BD: Myself and John Megan (the other Malheur Law Enforcement Officer) are involved in a lot of patrols. The two of us cover Malheur, Hart and Sheldon—about a million acres total. From my house to Sheldon is a couple-hour drive. We put about 30,000 miles a year on our trucks just trying to keep the Refuges covered.

With the hunt seasons we spend a lot of time gone; just about every weekend John and I are staying in the bunkhouse at Hart or Sheldon during the hunt season so we can keep the coverage going. It’s definitely a challenge—every Refuge is different, from Malheur to Hart to Sheldon. Right now, I’m very familiar with Malheur Refuge, getting a grasp of Hart Refuge, but still getting to know Sheldon at this point.

Plus I’ve been assisting during the holidays at Deer Flat in Boise. I’ve done two details there so far, for Memorial Day and July 4th.

PP: Tell us a bit of what you do outside of work. What do you enjoy doing in your spare time?

BD: So, I’m a country boy. I grew up in the woods, on a hay farm. I grew up riding horses. I like wakeboarding, hunting and fishing. I missed the deadline to get my tags this year, but hopefully next year I can get set up to do some hunting in Harney County. This is a different style of hunting than what I’m used to back home: you sit in a deer stand and you put out a corn pile and you rarely take a shot with a bow over 20 yards. Out here they shoot anywhere between 40-60-yards on a bow.

I spend lots of time with my wife and kids. My wife has been a strong supporter of my career and she’s helped me get here. She put up with all the deployments and being gone and raising the kids by herself when I was gone. And it all eventually got me here.

It’s been an eye-opening experience, especially coming from the South. We don’t have a whole lot of fields. I get out here and I’m like, “Where’s the trees?”

But I wouldn’t trade it for anything. This is my dream job. It’s an opportunity to live and work in a part of the country I’ve never been to. To be able to get into conservation law enforcement—I always wanted to be a game warden, like I said. I’d almost given up on that until I found out about USFWS.