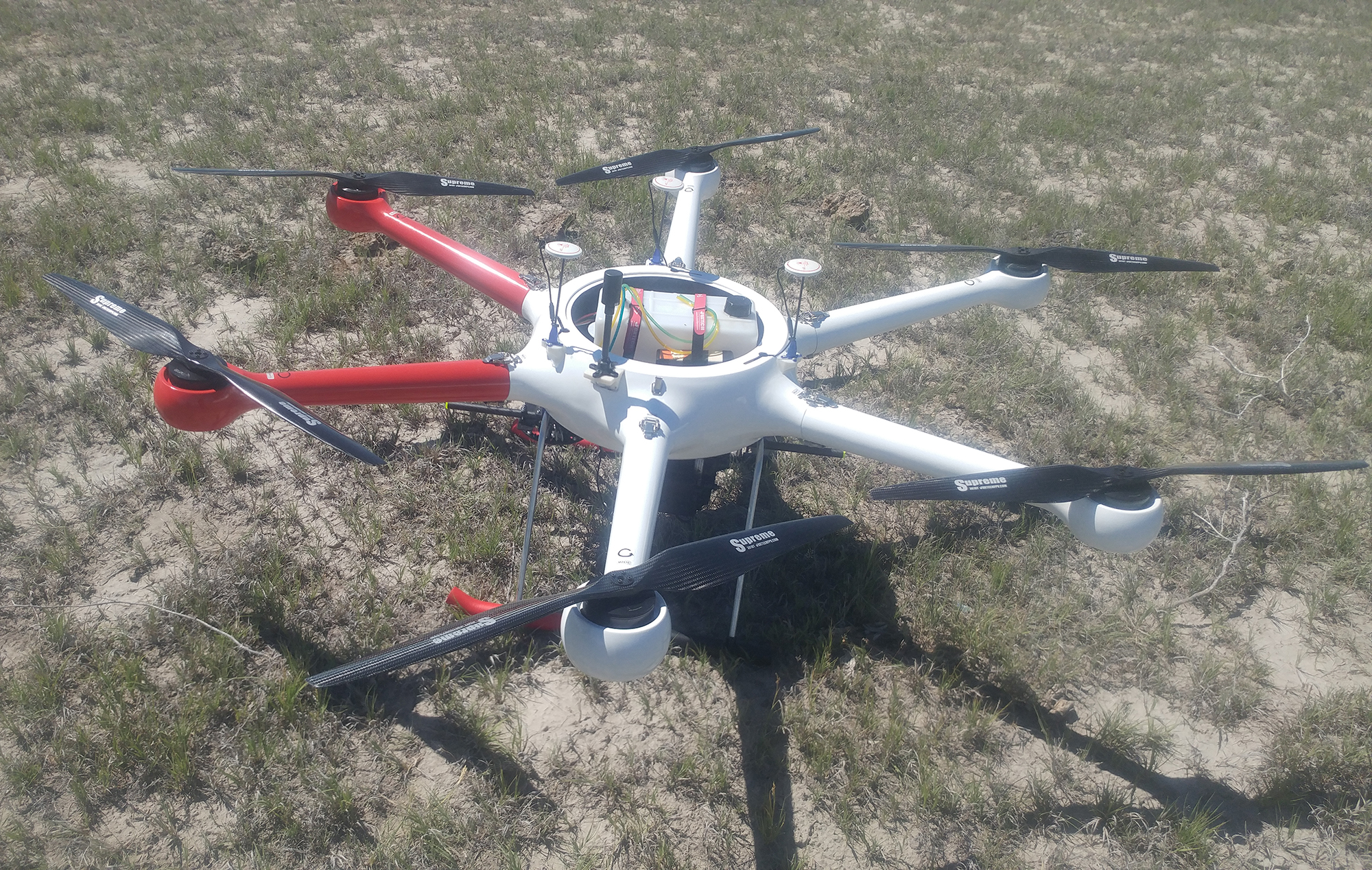 Here at Malheur Refuge we engage in a lot of partnership opportunities. I have heard it called “The Malheur Model” more than once. I want to take the time to highlight one of these ongoing partnerships that we have been engaged in for a few years that is probably not well known at this time.

Two years ago I got a phone call from a gentleman that works for USDA/APHIS down in Phoenix, AZ. He is working with a consulting firm based out of Michigan looking at using new technologies for grasshopper control projects. For those who haven’t worked with the hopper folks, current practices are as follows: A field crew of two people go out and walk or ride ATVs across the landscape looking for grasshoppers and Mormon crickets. If they find either of these they will continue to monitor the sites and see if treatment is needed in certain areas. If treatment is deemed necessary, they will typically use a fixed wing aircraft to spray a chemical in the area that stunts grasshopper growth keeping them from being able to reach the last metamorphic growth stage. This, in turn, keeps them from laying eggs. The chemical that has been used lately is called Dimilin. It is safe around birds, mammals, fish, etc. This chemical specifically stops chitin production, a process crucial to invertebrate development.

The problem is that while this chemical is safe around most animals, there are more insects out there that produce chitin that are more than likely being affected by these treatments. So enters APHIS into the picture. They wanted to know if the Refuge would partner with them to try a pilot study to attempt to see if they couldn’t produce an early detection, rapid response protocol. They reached out primarily because we have clearwing grasshoppers on the Refuge and we don’t graze any fields during the growing season. They are wanting to use drones to accomplish both the task of detection and the response. They have so far tried two different rigs, one with an infrared camera looking for different color bands to determine plant health associate with hopper predation. The second used “light detection and ranging” (LiDAR) to measure the amount of light bounced back from the landscape to determine percentage of available leaf. The hope is that once a suitable method of detection is found, the same drone could then be outfitted with a bait box system that could then be deployed at the hatch site.

I don’t need to go into too much depth explaining why this would be a great technology once they get the kinks ironed out. APHIS works mostly with private landowners who look to control grasshoppers in order to keep losses down. That program is not likely going to go away anytime soon. The dream is that this project will keep thousands of acres treated (if not hundreds of thousands) down to hundreds. Given that our pollinators worldwide are facing dire times, every little thing we can do to help keep the amount of treatment down is a huge success.