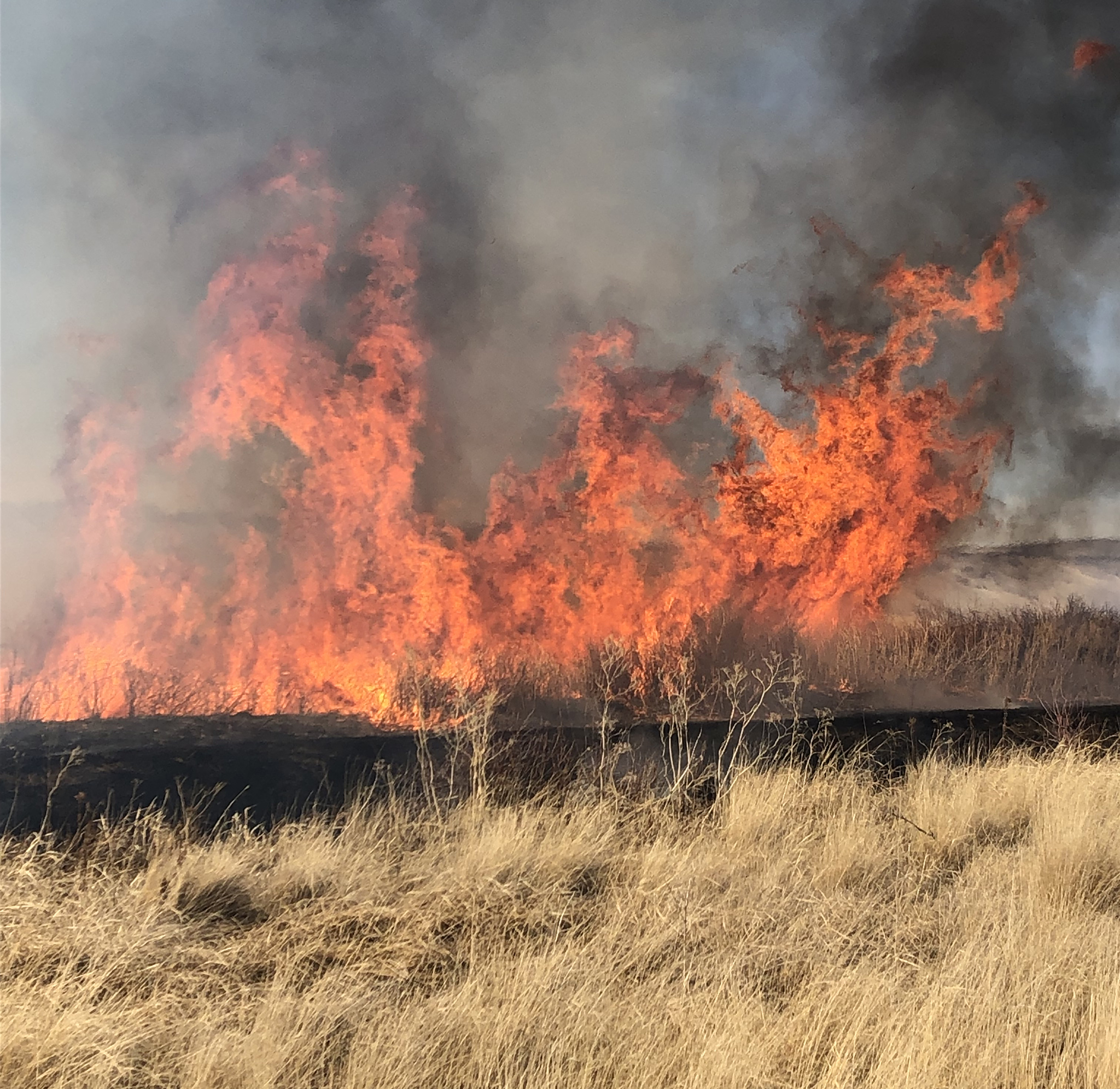 In March this year, the Refuge conducted a prescribed burn along the Blitzen River’s West Canal. We use prescribed fires in order to meet a few different objectives. One is that when we treat some of these areas with a prescribed burn, we can reduce the “fine fuel loads” and keep a larger uncontrolled wildfire from occurring on the Refuge. Another is to stimulate plant growth by releasing stored carbon back to the soil in the form of charcoal and to enhance habitat.

Many landscapes across the west have evolved with fire and have grown into a symbiotic relationship with the destructive mechanism. With current fire management practices and climate change, we have seen a significant rise in mega fires recently. As annuals continue to grow, spread seed, and die, litter is accumulated year after year and forms mats of tinder across the landscape. If this litter is allowed to build up without anything to cut it back, a potential wildfire can move in and dominate the area. Given how dry this fuel typically is and how much wind we get here in the west, these fires can move rapidly and cause massive damage to sensitive areas and cultural resources. Burning this fuel load in a more “controlled” setting can act as a buffer should a fire break out on or near the Refuge boundary.

When thatch is allowed to accumulate excessively, it can shade the ground to the point where it becomes less productive than it would be normally. When natives are outcompeted or shaded out of their habitats, opportunistic species (weeds) are more easily able to take over a site. Shaded-out ground also take longer to thaw out in the spring which can delay sprouting and keep macroinvertebrates inactive in a site. When this happens, food resources for migrating birds are low early in the season which can be detrimental to the early migrators. Nesting species can also be negatively impacted. Ruby Lake National Wildlife Refuge used to complete surveys looking at the amount of thatch cover and the quantity of nesting birds. Lower levels of thatch provided nesting materials and cover for these birds. Once the threshold was reached and the layer of dead plant material got too deep, bird usage would drop drastically which would trigger treatment in these areas for the Refuge. After completion of treatment, bird usage would spike the next year.

It is easy to drive along the Refuge and see the black, scorched earth and feel scorn for what you see. It is important to remember that here at the Refuge we don’t do prescribed burns as a means of getting the fire crews a practice run on the upcoming season. We burn to have a positive ecological impact on the areas in order to make a better home for all of our feathered friends that we anxiously await to come visit every year. Our water outlook is pretty good this year–should be a great one for our migratory birds. I hope everyone has a wonderful spring!