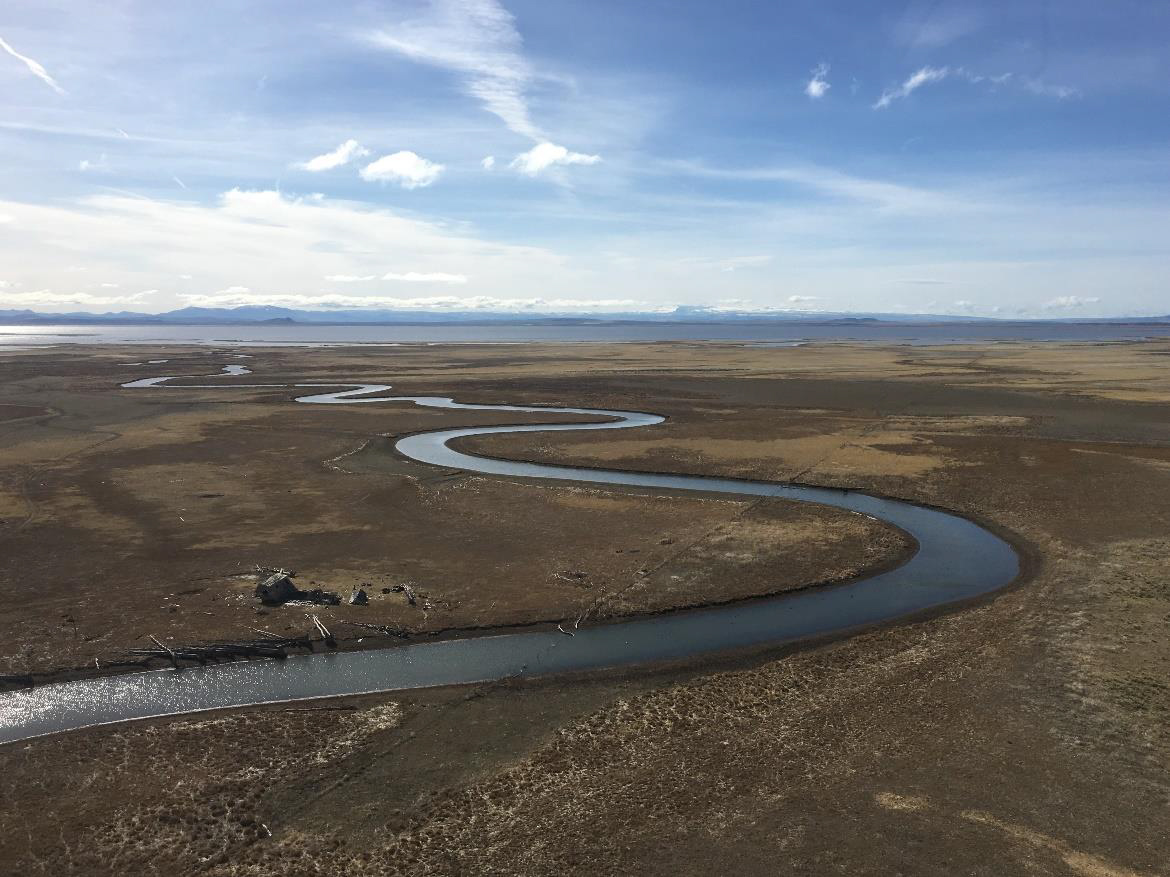 Malheur Refuge provides crucial staging and breeding habitat for waterfowl migrating along the Pacific Flyway. The Refuge supports up to 66 percent of the total waterfowl population using the Pacific Flyway during migration. To monitor this incredible abundance of ducks, geese and swans as efficiently as possible, biologists rely on aerial surveys to get a bird’s eye view of the Refuge.

Monitoring wildlife on Malheur, Mud and Harney Lakes is a challenging endeavor. The dynamic hydrological conditions in the Harney-Malheur Sub-basin can cause the lakes of Malheur Refuge to range in size from as little as 500 surface acres to as much as 172,000 surface acres, or 279 square miles. Due to the inaccessible and remote nature of waterfowl habitat on the Refuge, aerial surveys have been determined to be the most feasible and efficient method to effectively document waterfowl population size and distribution.

During spring migration, Malheur Refuge runs one aerial survey every two weeks, for a total of four flights from late March to early May. The purpose of this survey is to estimate migratory waterfowl population trends associated with habitat management practices on the Refuge. Currently Refuge staff have completed one of the four total flights.

On flight one, early migrant waterfowl were observed. The Harney-Malheur Sub-basin hosted large populations of Northern pintail moving through, along with American wigeon, Canada geese, snow geese, mallards, and swans.

At the end of March we’ll complete the second survey. During last year’s surveys, there was a distinct change in waterfowl densities just two weeks from the first flight. Instead of Northern pintail being the most dominant species seen, Northern shovelers rose to the top as the densest species in the basin. It’s amazing how in a couple of weeks the numbers of certain waterfowl species can change, as one pulse of the northward migration leaves the basin while another arrives to take its place.