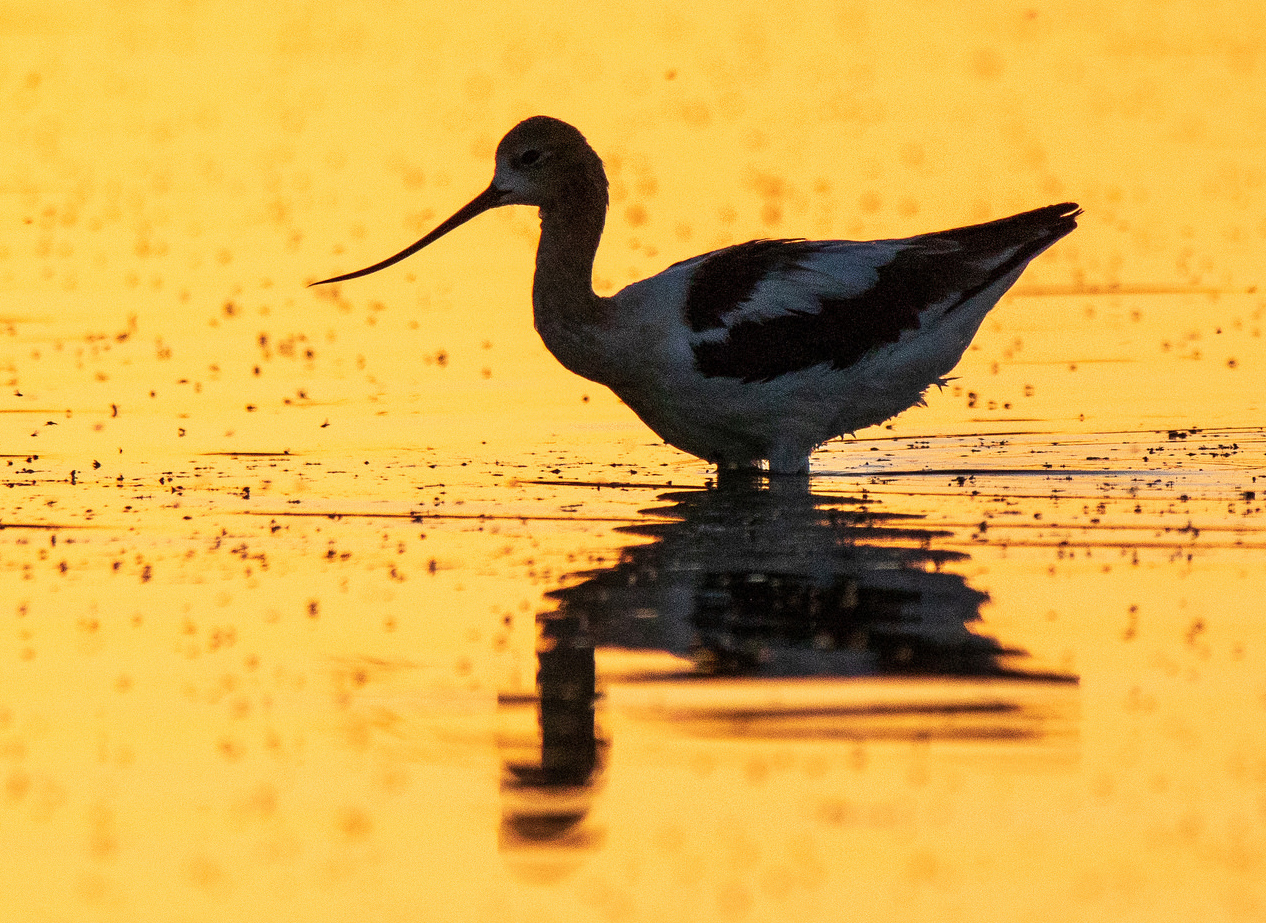 Any article titled “Malheur in Fall” should really be called “Malheur and Steens Mountain in Fall” because access to the mountain is the biggest difference between spring migration birding and the experience of autumn. In spring, we gaze longingly at the 9,000-foot snowy ridge of the massif; in fall we get to go there. But before we make the 25-mile uphill rumble on the gravel road to the summit, there are major differences to be seen in the Blitzen Valley birding sites as well.

The first thing that a “spring” birder will notice is what is not there: water.  In the spring birding period of late March through early June, water is, in an average year, everywhere. It is in the fields. It fills the rivers and ponds. In some years it fills the Narrows. In early spring it covers the agricultural lands south of Burns. Fall is different. Almost all of the water is in a few ponds and streams on the Refuge, plus the largely inaccessible lake. What that means is that unlike the spring, most of the birds are on the Refuge. This can result in some spectacular concentrations of waterfowl and shorebirds at sites such as Benson Pond, Buena Vista Pond and whichever other ponds have been kept full under Refuge management plans.

What’s different in the birdlife? The first thing you will notice if you come in September-October is that there are thousands of chip notes and essentially no songs. In early September the last movements of flycatchers and some of the larger finches such as buntings and Black-headed Grosbeaks are happening. By the end of the month huge flocks of sparrows, primarily White-crowns, are moving through.

Late September is a good time to look for rarities: Broad-winged Hawk, Gray-cheeked Thrush, Blackpoll Warbler, Northern Parula, Chestnut-sided Warbler, Magnolia Warbler, Blackburnian Warbler, Clay-colored Sparrow and many other vagrants have been seen then. Early October offers a chance at Black-throated Blue Warbler and more thrushes and sparrows. There are also significant differences in the “common” birds. Fall offers more Lewis’s Woodpeckers, Townsend’s Solitaires, thrushes and shorebirds than does spring.

Before we forget, let’s get up on that mountain during the nice fall weather. Although it is open until heavy snowfall, the best time for birds and for the aspen color show is the end of September and early October. The bird everyone looks for on the summit rocks is Black Rosy-Finch. There are usually a hundred or more around, but “around” is a big place on top of Steens. I find them about one try in three. The top of the hill is also a great place for migrating hawks (especially with an east wind), pipits and even hummingbirds.

Oh, one more thing. Something else is not there in fall: mosquitos! After mid-September they are much less a factor than in spring. Enjoy!

Alan Contreras is author of Afield: Forty Years of Birding the American West (2009) and was co-editor of Birds of Oregon (2003), both from Oregon State University Press.  He lives in Eugene.