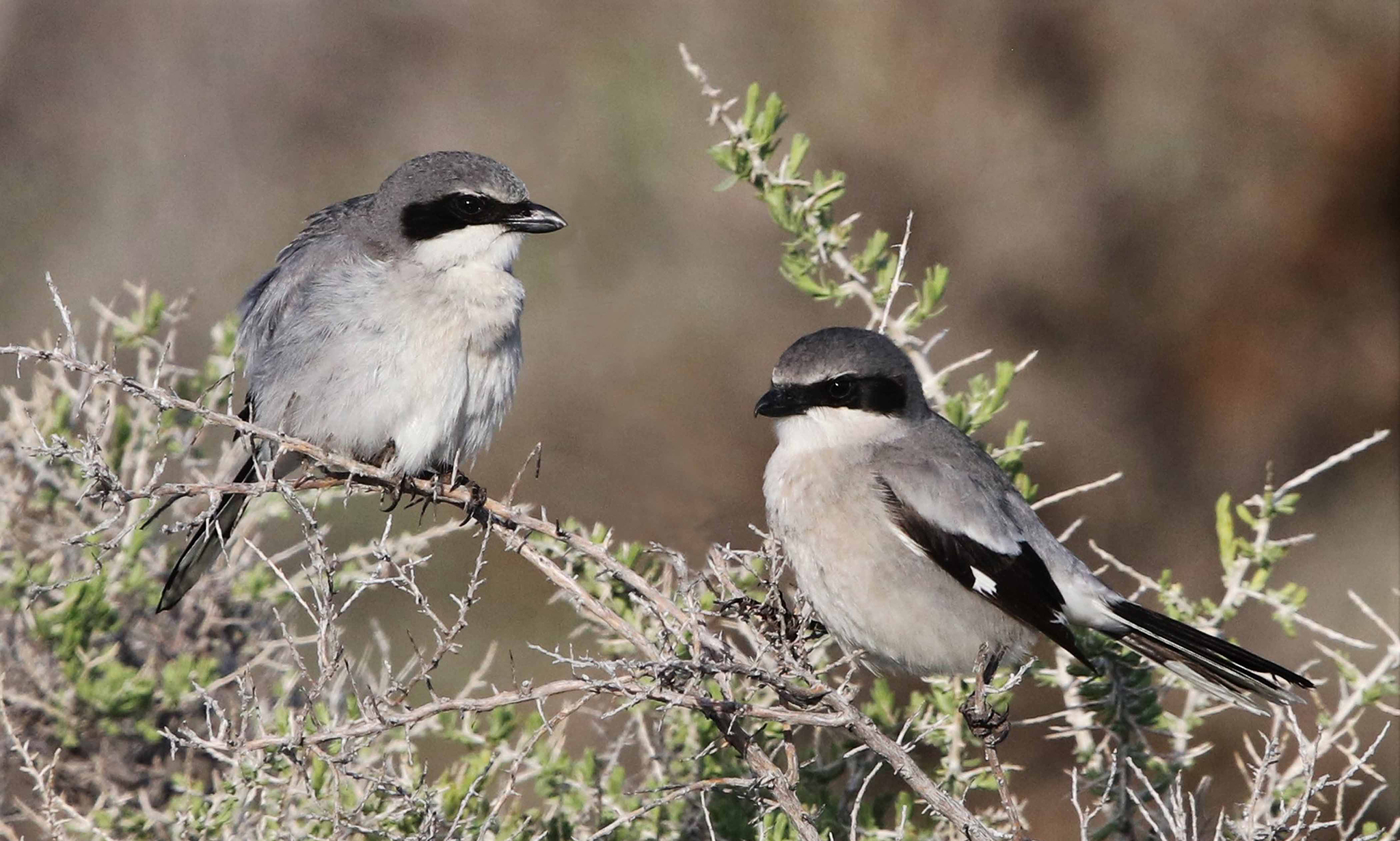 While walking through sagebrush-steppe and greasewood flats in the Northern Great Basin, one may occasionally happen upon an odd and macabre scene: bits and pieces of small animals impaled on sharp branches or along strands of barbed wire, baking in the sun. “Some sort of sadist is at work here,” one might reasonably conclude, while slowly backing away from the carnage. But the real culprit isn’t operating out of maleficence. Those skewered animals are the work of a loggerhead shrike, who is simply engaging in a bit of meal preparation.

Loggerhead shrikes, with their masked eyes and subtly hooked beaks, are something of an avian outlier, breaking the typical songbird mold. Being passerines of a flesh-nibbling sort, shrikes lack the gripping talons of raptors but possess in full their killer instinct. They are predatory songbirds—smaller than robins yet substantially more ambitious in their taking of prey. Swooping down from low perches, the shrike tackles creatures sometimes as large as itself—including insects, reptiles, birds and small mammals—delivering a calculated bite to the nape with its hook-tipped beak, maiming the creature or severing the spinal cord to paralyze it. The victim is then transported back to the shrike’s roost where it is effectively “dressed out”.

Skewering prey on thorns and barbed wire serves a number of functions. Most importantly, it anchors the flesh so the shrike can tear bodily at it; without this leverage, the bird can only stand atop the carcass and yank, which usually results in a lot of falling off and flailing about. (Perching feet don’t have the meathook-like grip and sinew of talons.) Secondly, skewered chunks of flesh will desiccate in the sun and slowly break down, making for easier portioning and digestion. This also serves to detoxify certain prey: noxious compounds in monarch butterflies, for example, start degrading after several hours in the sun, becoming more palatable with age. Lastly, there’s the cache factor. Because shrubs and fences are usually rife with thorny excrescences, there’s ample room for storage—why not keep hunting while the getting’s good? Especially if the cuts only improve as they mature.

Shrikes are sometimes accused of being ravening, truculent butchers, killing not out of necessity but with sadistic intent, festooning trees and fence lines with their spoils. But the shrike isn’t acting out of cruelty or profligacy. Shrikes kill in order to eat; they impale and amass their prey in order to better consume it and provision their families. Woodpeckers hoard mast, jays stash pignolis; shrikes dress carcasses to garland their open-air abattoir.