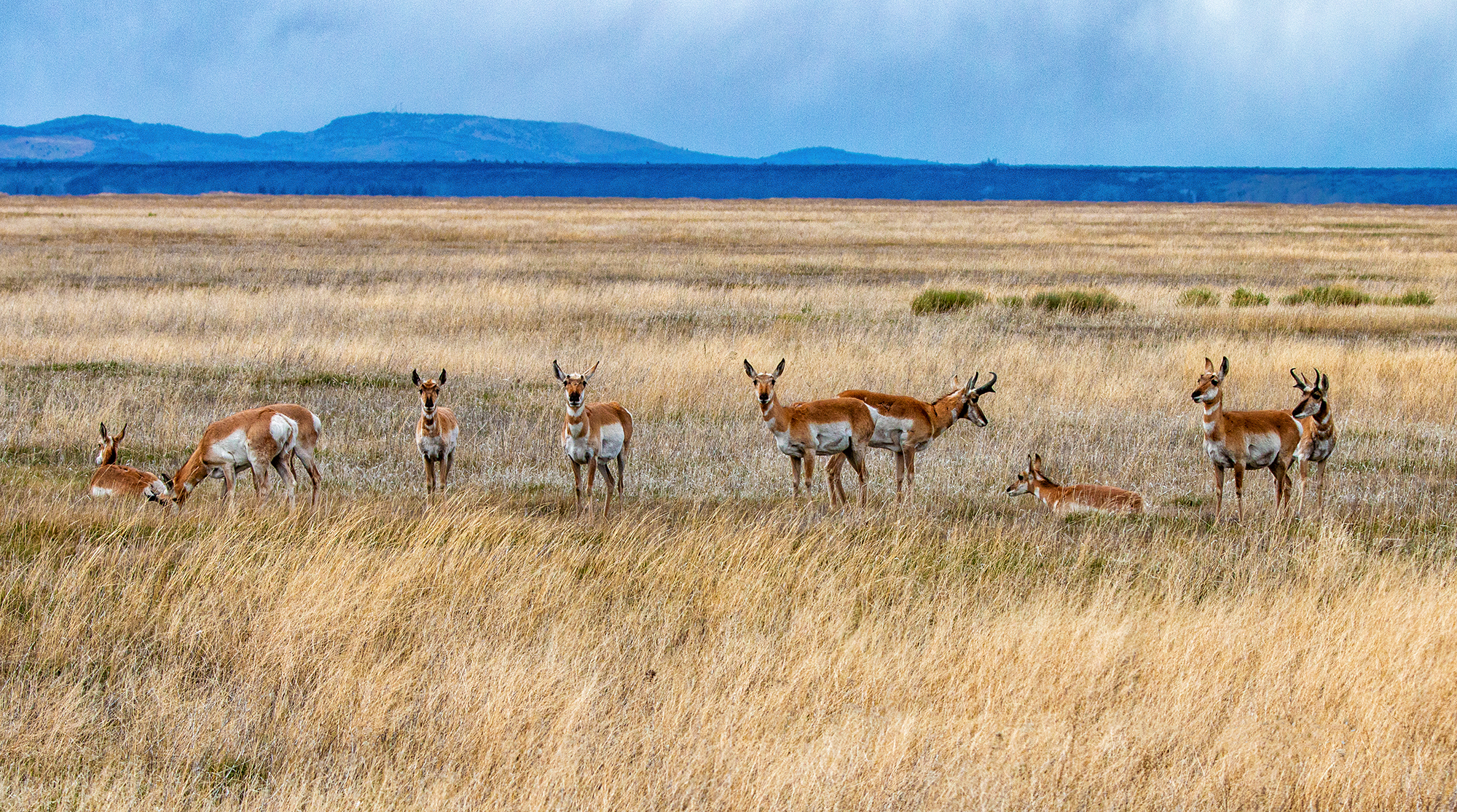 Across the deserts and grasslands of western North America roams a hooved mammal that is neither deer nor goat nor antelope, being instead a relic of a bygone era when giant sloths, dire wolves and mastodons ruled the land. Pronghorn (Antilocapra americana) are one of a scant few remnants of the Pleistocene megafauna, a suite of oversized land animals that went extinct in North America around 11,000 years ago.

The sole surviving member of the ungulate family Antilocapridae—which included twelve other North American species before Pleistocene’s end—pronghorn’s closest extant relatives are the giraffes, and they are distant kin at that. The pronged “horns” of these ungulates comprise a bony core overlaid by keratin sheaths, which are shed every year. Both males and females bear horns.

Pronghorn are capable of sustained sprints topping 50 miles per hour, making them the fastest land mammal in the Western Hemisphere. It’s thought that this impressive speed—which far outpaces any extant North American predator—is a vestigial trait that arose during the Pleistocene, when cheetah-like cats roamed North America’s grasslands and preyed on pronghorn. In an all-out sprint, pronghorn can cover more than twenty feet per stride.

As the North American landscape shifted from grasslands to forests during the end of the last Ice Age, pronghorn stuck to the shrinking open areas, relying on their 320-degree field of vision and unparalleled speed to avoid danger. Today pronghorn predominately occur in the western half of North America, their herds ranging far and wide across sagebrush-steppe and desert scrublands. To follow seasonal food sources, pronghorn in Wyoming lope along the second-longest migration route of any North American mammal, traveling some 150 miles from wintering grounds in Wyoming’s Upper Green River Basin to Grand Teton National Park each spring.

Pronghorn can be seen using the grasslands and shrub-steppe year-round at Malheur Refuge. The most common view of these superlative creatures is from afar, as they bound up hillsides and across plateaus with indifferent, almost facile celerity, until their semaphoric hindquarters disappear over the ridge yonder.