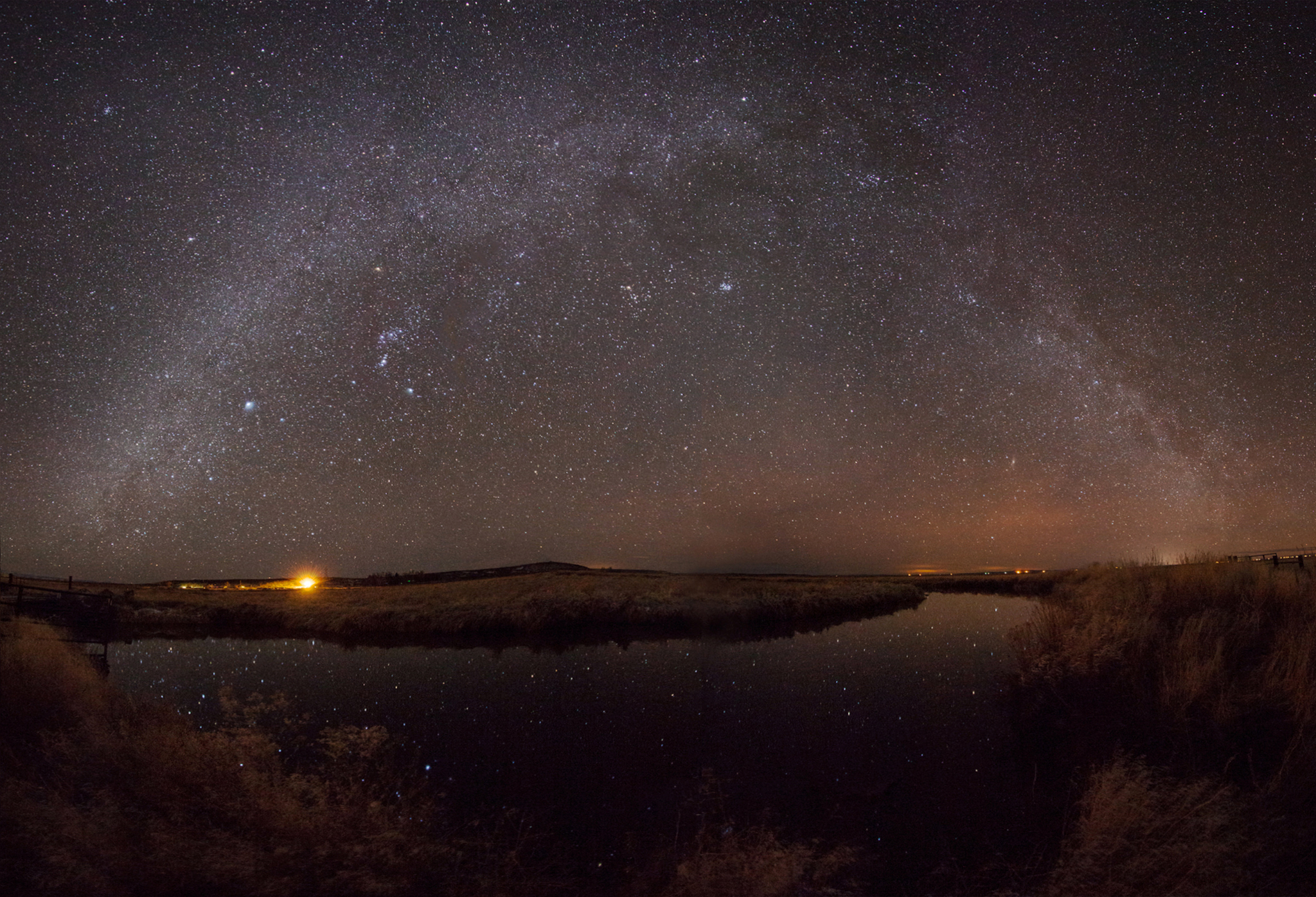 We live in an era when natural darkness is increasingly hard to find, banished as it is by the ubiquity of artificial lighting in cities and other developed areas. This “light pollution” and concomitant loss of darkness has planet-wide ramifications: The ever-growing influence of our lighted spaces changes how animals sleep and reproduce, disrupts their nightly migration patterns, alters their feeding behaviors, and much else—to say nothing of how this lack of natural darkness affects humans’ physical, social, and psychological well-being.

It’s concerns like these that led Jennifer Barlow, who in 2003 was a high-schooler in Virginia, to create what she called National Dark Sky Week. It’s now an internationally recognized event that draws attention to the problems of light pollution and promotes simple and effective means to mitigate it.

In explaining what led her to start the event, Barlow has said, “I want people to be able to see the wonder of the night sky without the effects of light pollution. The universe is our view into our past and our vision into the future…I want to help preserve its wonder.”

Malheur Refuge, situated in the high-desert expanse of Harney Basin in southeast Oregon, is best known for its plenitude of migratory birds and other wildlife during spring and fall. Visitors in all seasons also come for the austere scenery, the freeing sense of space and solitude, the tangible connection to eras long past. But there is an entirely different side to this region that’s only visible after dark, preferably on a cloudless night under a waning moon. That’s when the skies above this wide-open landscape come alive with the billion-year-old shine of myriad stars and galaxies.

Night skies in and around Harney Basin are among the most stellar in the country. Under the right viewing conditions, this desert sleeps beneath a blanket of stars so thick and profuse as to beggar belief. The reasons behind this exceptional starshine are twofold. First, the predominately dry air of this high-elevation desert tends to exhibit less atmospheric distortion at night, allowing for better visibility (particularly in colder months). Second—and more importantly—there is a distinct lack of light pollution here, outside of Harney County’s few, far-flung population centers.

Harney County, at 10,228 square miles, is Oregon’s largest county. It’s considerably larger than Connecticut, Delaware and Rhode Island combined. By population size, however, it ranks at fifth-lowest in the state, with around 7,500 residents. More than 60 percent of these live in the adjacent towns of Burns and Hines, meaning that much of the county is unincorporated, undeveloped, un-electrified shrub-steppe and juniper-ponderosa forest—ideal environs for superb stargazing.

The uncommonly dark skies are so spectacular here that the Harney County Chamber of Commerce has identified stargazing as one of the county’s “7 Natural Wonders”, alongside Malheur Refuge, Malheur National Forest, Steens Mountain, Diamond Craters, the Alvord Desert, and the region’s many geothermal springs.

The best way to enjoy this age-old spectacle is by camping—ideally as far from city lights as possible. While Malheur Refuge does not offer camping or lodging options to the public, there are several locations near the Refuge and in the general area that do. These include The Narrows RV Park, Malheur Field Station, Crystal Crane Hot Springs, Diamond Hotel, Frenchglen Hotel, Page Springs Campground and Alvord Desert Hot Springs, among others.